By Cynthia Ezekwe
Odu’a Investment Company Limited (OICL),has announced  that it is set to refurbish Premier Hotel, located in Ibadan to achieve a  5-star rating.
This was disclosed in a statement addressed to stakeholders and the general public, dated 18 January 2023, and signed by Victor Ayetoro, the company’s head of branding and communication department. 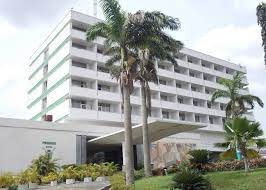 According to the statement, OICL,in pursuit of excellence and commitment to reposition the hotel,
entered into a  joint venture agreement  with a seasoned international hotel development and management company with the requisite expertise, technical and financial capacity for redeveloping and revamping the hotel.
The statement also disclosed that  Premier Hotel will be shut down immediately in order to have a safe environment for the commencement, execution, and timely completion of the project.
“The hotel redevelopment project will entail remodeling, renovating, and upgrading the existing structure as well as adding new and modern facilities befitting of a 5-Star world class Hotel. This will take place in phases with anticipation that the first phase will be completed within 24 months,’’ the statement noted.
Upon completion of the project, the hotel is expected to have additional upgraded rooms, equipped with international standard conferencing facilities, modern recreation and fitness centers, multiple restaurants serving African and continental cuisines.
The statement further remarked that the company has sought all necessary statutory and regulatory approvals from all relevant agencies, noting that all obligations of the hotel are being fulfilled. It added that appropriate stakeholders in this respect are fully engaged in line with best practices.