The world carbon gap is declining “at a snail’s pace,” despite apparent investment benefit of effective carbon prices and the environmental cost of carbon emissions, the Organisation for Economic Co-operation and Development (OECD) has said. 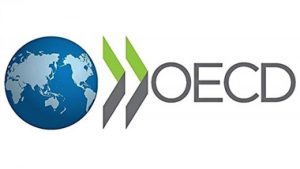 According to a report released by the agency on Tuesday, as countries begin to price emissions through a combination of taxes and other policies, it becomes essential to price currently unpriced emissions, either through emissions trading or tax reform to close the gap.
The report using the Eur30/metric tonne carbon price benchmark, revealed that the gap for 42 countries as a whole fell to 79.5 percent in 2015 from 83 percent in 2012. The gap is expected to decline further to 76.5 percent in 2018.
“New carbon pricing initiatives have the potential to significantly reduce the carbon pricing gap. Nation-wide emissions trading in China could lead to a significant drop of the global carbon pricing gap to 63% in the early 2020s,” the OECD also said.
The report defined the “carbon gap” as the difference between the effective carbon rate, the sum of fossil fuel taxes, carbon taxes and the price of tradable carbon emissions allowances and carbon price benchmark rates, while studying carbon pricing policies in 42 countries. It found that countries that have a low carbon gap are better prepared to weather energy transition risks as the world shifts from high polluting energy to clean energy.
“Pricing carbon emissions allows countries to smoothly steer their economies towards and along a carbon-neutral growth path and by putting a price on carbon emissions, countries can increase resource efficiency, boost investment in clean energy, develop and sell low-emissions goods and services, and increase resilience to risks inherent in deep structural change,” OECD explained.
A carbon gap of zero would be where all countries fully price carbon emissions against the benchmark price, while a carbon gap of 100 percent would represent a total failure to price emissions.
The agency also warned that “failing to price carbon emissions now, increases the risk that the planet overheats,
with average temperatures increasing by five or more degrees.”