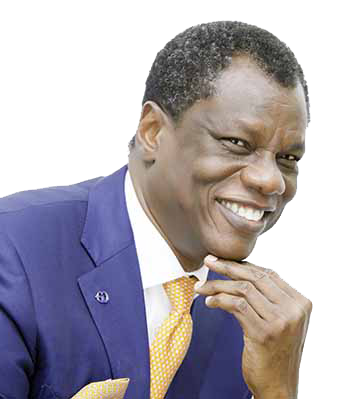 The leadership challenge is clear. It will be impossible to achieve true social and economic development without effective Leadership and true Citizenship.

How a leader deals with the circumstances of life tells you many things about his character.Crisis doesn’t necessarily make character, but it certainly does reveal it.What reveals character the most,however, is Power – Power, it is said corrupts; and absolute power corrupts absolutely.

The idiot is always out for his personal gain and his personal interest.He does not have a public philosophy, he has no character, no knowledge and no skills to live by and to be able to contribute in a flourishing society or community.He is all out for his personal pleasures and his personal treasures. The Greeks said the idiot is just an upgraded barbarian – you see them every dayin society. They are the ones who form tadpole queues and drive against traffic. They toss litter freely out of their cars and appropriate our commonwealth for their personal use; The Greeks refer to these are the IDIOTS.

For the tribespeople, the primary, only and ultimate allegiance is to their tribe.Their tribe is their god and their religion is tribalism. Tribespeople are always afraid of things that are different or are a little alien to them. They are always suspicious and fearful, and they always deal with different people and difficult situations with intimidation, force and with violence. The Greeksalso said the ideal person for tribespeople is the warrior, because tribespeople are a war making people.

But it was not so for the Greeks, for them, there was another kind of person, and that for them was the ideal person, and theycalled this ideal person the citizen. When we use the word citizen we are not talking about legal status or political status or the accident of birth; those are outcomes. We are talking about the idea and ideal of citizenship – which is a choice.

Who then is the citizen you might wonder? the citizen according to the Greeks is someone who has the skills and the knowledge to live a public life, and able to live a life of civility. The citizen recognizes that he or she is a member of a commonwealth and thus strives for the common good.

The citizen knows his right in a society but also knows his responsibility to society. The citizen can fight for his right but always with an awareness of, and with the respect for the rights and interest of others; of their neighbors, of the smallest minority and of their worst enemies.

It is citizens, the Greeks said that make up a civilized society, because citizens settle their differences with civility, they produce a civilized society, a society that truly lives up to the meaning of the name society. Society literally means friendship and friendliness.

Today, on the historic anniversary of the independence of Nigeria I hope you and I will make the right choice; and it is with that hope that I address you as my fellow Nigerian Citizens.

Indeed, no sovereign can make any significant advancement when the number idiots and tribesmen far outnumber the number of citizens. When we conducted ramdom surveys on the various cohorts of Delegates at the Ausso Leadership Academy, the perception is that; about 75% of Nigerians behave as idiots, 20% as tribespeople and only 5% as citizens. Do the results shock you enough to want to do something about it?

Nigeria is her people; If we want to see change, we have to start by being citizens of our country.According to Maria Robinson “Nobody can go back and start a new beginning, but anyone can start today and make a new ending.”

My dear citizens of Nigeria, if dreams are free, why short-change ourselves; let us dream big, and reach for the stars, and with perseverance we will touch the skies.Let Nigeria take her rightful place in the committee of Nations! We can achieve this only through our collective actions as citizens.

Austin Okere is the Founder of CWG Plc, the largest ICT Company on the Nigerian Stock Exchange & Entrepreneur in Residence at CBS, New York. Austin also serves on the Advisory Board of the Global Business School Network, and on the World Economic Forum Global Agenda Council on Innovation and Intrapreneurship. Austin now runs the Ausso Leadership Academy focused on Business and Entrepreneurial Mentorship