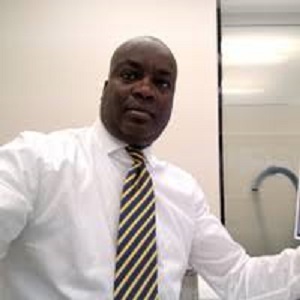 Bola Ogunsola, a former executive director of the Federal Mortgage Bank of Nigeria, has suggested that the Nigerian government should take a radical full-scale youth employment into agriculture in its drive to diversify the economy.

Ogunsola, who holds a doctorate degree, said he supports the diversification agenda into the agricultural sector, but that he would like to see this approached differently.

“Let government earmark another N200billion intervention fund for agriculture, and use this money to pay a minimum of say, N20,000 a month as salaries by recruiting about one million Nigerian youth across each  of the six geopolitical zones for the next planting season, say six months continuous planting,” Ogunsola said of his radical approach, which a couple of analysts have described as “practical, implementable steps”

According to Ogunsola, the team will be engaged to plant cocoa in the south-west, groundnut in the north, palm oil trees in the east and rubber, again in south-west or mid-west. “These Nigerians will mainly be involved in planting these cash crops at high levels, as we were used to doing in the past,” he said.

He explained further: “While cocoa and the other crops are growing, let the government saddle the 10 richest Nigerians to each finance a processing factory in each of these geopolitical zones that will solely engage in processing these cash crops for local consumption and export as the harvesting season approaches. This will turn our economy around in a jiffy, beyond our mildest dreams. Let our billionaires bring their dollars home. The money is rusting abroad and it will never achieve anything lying in bank accounts abroad.”

He suggested that government should close its eyes from the source of the money,as long as it is coming to Nigeria. “Let those monies come home. The Western world will set up great obstacles for us to achieve this feat, but if we are determined, we can turn our future around,” Ogunsola stressed.