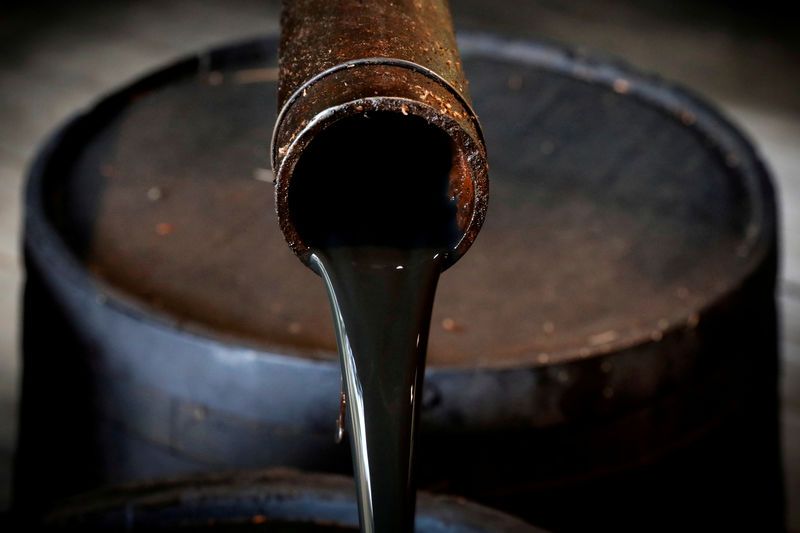 Futures fell as much as 1.3 percent in New York, after closing lower on Tuesday. U.S. inventories swelled by 7.29 million barrels last week, the American Petroleum Institute was said to report. If confirmed by government data due Wednesday, it would be the biggest increase in six weeks. The OECD cut its outlook for global economic growth again amid trade tensions and political uncertainty.
Government data is forecast to show an increase in stockpiles
Though crude prices rallied more than 25 percent in the first two months of the year, the gains have fizzled. The Organization of Petroleum Exporting Countries and its partners have been cutting output to prevent a glut, and sanctions on members Iran and Venezuela are also tightening supply, but fragile oil demand and booming American output threaten to frustrate their efforts.
“The message is clear: the U.S. remains well-supplied and will continue to do so as oil production inches further into record territory,” said Stephen Brennock, an analyst at PVM Oil Associates Ltd. in London.
West Texas Intermediate for April delivery slipped as much as 76 cents to $55.80 a barrel on the New York Mercantile Exchange and traded 58 cents lower at 8:40 a.m. local time.
Brent for May settlement was at $65.68 a barrel, down 18 cents, on the London-based ICE Futures Europe exchange. The global benchmark crude’s premium over WTI for the same month widened to $9.29 a barrel.
The reported gain in U.S. oil stockpiles is significantly higher than the 1.45-million-barrel median analyst forecast in a Bloomberg survey. Inventories dropped by 8.65 million barrels in the week ended Feb. 22 following five weeks of builds.
The supply rise in the world’s biggest crude consumer is undermining efforts by OPEC and its allies to cut production to avert an oversupply. Saudi Arabia’s energy minister, Khalid Al-Falih, said last week that American inventories are “brimming” and it’s leaning toward extending production curbs beyond June.
Investors are also looking for a breakthrough on U.S.-China trade talks that have dragged on for the past several weeks. While the nations are said to be close to an agreement, American Secretary of State Mike Pompeo said President Donald Trump is ready to walk away unless he secures a “perfect deal.”
“The U.S.-China trade talks are a complicated process,” said Michael McCarthy, chief market strategist at CMC Markets in Sydney. “I think it might be dawning on oil traders that a comprehensive agreement might be weeks or even months away, rather than the days they might have been looking at.”

ADB to provide Bangladesh with $500 mln loan for power plant