A Dutch appeals court sitting at The Hague, Netherlands on Friday ruled that the Nigerian branch of energy giant, Royal Dutch Shell, is guilty of two oil spills in 2004 and 2005 in Oruma in Bayelsa State and Goi in Ogoni, Rivers State, which ravaged the farmlands of four Nigerian farmers. 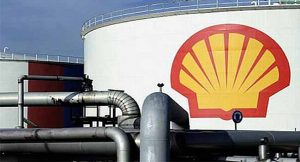 The Hague Court of Appeal held Shell’s Nigerian subsidiary liable for two leaks that spewed oil over an area of a total of about 60 football pitches (soccer fields) in two villages, saying that it could not be established “beyond a reasonable doubt” that saboteurs were to blame.

As a result, the court ordered that the oil giant has to pay compensation to the Nigerian farmers: Alali Efanga, Friday Alfrad Akpan, Fidelis A. Oguru and Eric Dooh, who have been litigating against the company for 13 years.

The amount of compensation must be determined later, a Dutch newspaper reported. According to the ruling, Shell is liable for two oil spills. The third leak was caused by sabotage and the court needs additional information to know whether Shell has done enough to secure the pipeline against the sabotage.

Milieudefensie, the Dutch branch of Friends of The Earth, brought the lawsuit in 2008 on behalf of the four Nigerian farmers. The case revolved around the spills from underground oil pipelines.

According to the plaintiffs, their villages have become virtually unliveable due to the spills. The polluted soil became unusable and fishing grounds were lost, causing them to lose their income.

But Shell had argued that the spills were the result of sabotage, and that the company is therefore not liable for them. The company also argued that the pollution was always cleaned up properly, while the farmers said that hardly anything ends up in practice.

Bamidele Odugbesan, spokesperson for SPDC Nigeria, in a response to Business A.M. inquiry, said: “We continue to believe that the spills in Oruma and Goi were the result of sabotage. We are therefore, disappointed that this court has made a different finding on the cause of these spills and in its finding that SPDC is liable.”

According to Odugbesan, “sabotage, crude oil theft and illegal refining are a major challenge in the Niger Delta.

“Indeed in 2019 around 95% of spill incidents from our operations there were due to such criminal acts. Regardless of cause, we clean up and remediate, as we have done with the spills in this case. SPDC also works with a range of stakeholders to find solutions to these complex issues. Like all Shell-operated ventures globally, we are committed to operating safely and protecting the local environment,” he said in a statement to Business A.M.

Milieudefensie argued that pipelines are often out-dated and that Shell is doing too little to prevent sabotage. At first instance, in 2013, one of the farmers was proved right by the court. The other farmers’ demands were rejected. Both camps filed an appeal.

The Friday’s judgment can also still be appealed at the Dutch Supreme Court by Shell.

Environmental rights experts said the case has set a legal precedence in how far multinationals in the Netherlands can be held responsible for actions of their overseas subsidiaries.

Royal Dutch Shell argued that saboteurs were responsible for leaks in underground oil pipes that have polluted the Nigerian delta. The company also argued that it should not be held legally responsible in the Netherlands for the actions of a foreign subsidiary.

In 2013, The Hague District Court ordered Shell Nigeria to compensate one of the four farmers involved in the case for making it too easy for saboteurs to open a well head that leaked onto his land. However, the court cleared Shell of blame in pollution of the other three farmers’ land and ruled that Shell’s Dutch parent company could not be held liable.

Both sides appealed and judges ruled in 2015 that Shell could be held to account in Dutch courts for its actions in Nigeria. The judges also ordered Shell to give the plaintiffs access to documents that could shed more light on the cause of the leaks and how much Shell management knew about them.

Shell discovered and started exploiting Nigeria’s vast oil reserves in the late 1950s and has faced heavy criticism over the years from activists and local communities over spills and for its close ties to government security forces.

Friends of the Earth, which is supporting the Nigerian farmers in their legal battle, argues that leaking pipes are caused by poor maintenance and inadequate security and that Shell does not do enough to clean up spills.

“Up until this morning (Friday 29 January), Dutch multinationals could act with impunity in developing countries, and this has changed now,” Pols said.

According to him, “From this moment onwards, Dutch multinationals will be held accountable for their activities and their actions in developing countries. And that’s an enormous victory for the rights of law globally.”

Under Nigerian law, which was applied in the Dutch civil case, the company is not liable if the leaks were the result of sabotage.

The Hague appeals court ruled that sabotage was to blame for an oil leak in another village; however, it said that the issue of whether Shell can be held liable “remains open” and the case will be continued as the court wants clarification about the extent of the pollution and whether it still has to be cleaned up.