The prices of oil have hit a five-month high above $71 a barrel on Tuesday, supported by concern that violence in Libya could further tighten supply already squeezed by the Organisation of the Petroleum Exporting Countries (OPEC) cuts and U.S. sanctions on Iran and Venezuela. 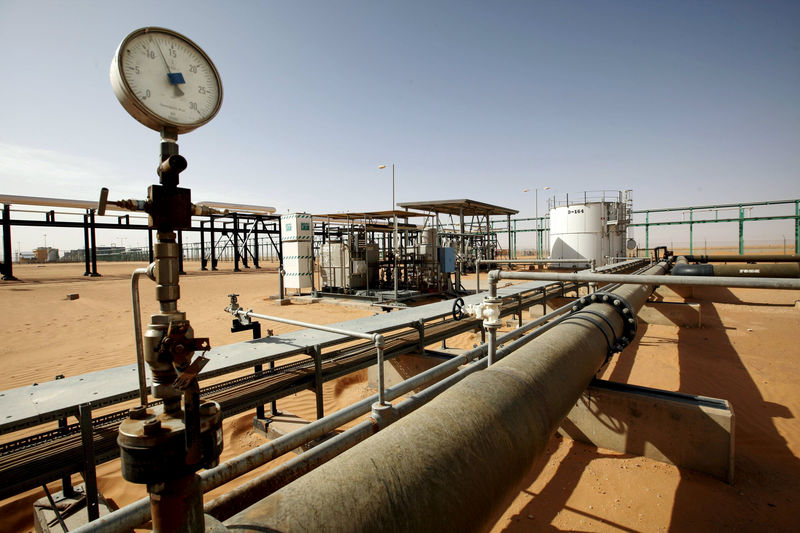 The international benchmark Brent futures hit their strongest level since last November at $71.34 per barrel, before easing to $70.99 per barrel by 0700 GMT.
U.S. West Texas Intermediate (WTI) crude oil futures also hit a November 2018 high at $64.77 per barrel, before easing to $64.42 per barrel.
Oil markets have tightened this year as the United States imposed sanctions on oil exporters Iran and Venezuela, while the producer club of OPEC has been withholding supply to prop up prices.
Brent and WTI futures have risen by 40 per cent and 30 per cent respectively since the start of the year.
Goldman Sachs, an American multinational investment bank and financial services company, said an oil supply deficit had opened up early this year.
“We expect the drivers of this deficit to persist through 2Q19 due to a shock and awe implementation of the OPEC cuts,” the U.S. bank said in a note.
Goldman said it expected Brent to average $72.50 per barrel during the second quarter, up from a previous forecast of $65 per barrel.
Prices have been further lifted this week by escalating violence in Libya, a significant supplier of oil to Europe, which produced around 1.1 million barrels per day (bpd) of crude in March.
Eastern forces on Monday were advancing on the Libyan capital Tripoli in the latest of a cycle of warfare since Muammar Gaddafi’s fall in 2011, with a warplane attacking the city’s functioning airport.
Yet despite generally bullish oil markets, concerns that an economic slowdown this year will hit fuel consumption have been preventing crude prices from rising even higher, traders said.
As fears of a global recession ebbed following strong U.S. jobs figures and improved Chinese manufacturing data late last week, Bank of America Merrill Lynch said there was still a “significant slowing in growth globally” in 2019.
The bank said it expected Brent and WTI to average $70 per barrel and $59 per barrel respectively in 2019, and $65 per barrel and $60 per barrel in 2020.
Goldman Sachs also said oil prices “will decline gradually from this summer as shale and OPEC production increases”.
Russia, not an OPEC-member but a reluctant participant in the supply cuts, signalled on Monday it wanted to raise output when it would meet with OPEC in June because of falling stockpiles.
In the United States, crude oil production has risen by more than 2 million bpd since early 2018, to a record 12.2 million bpd, with many analysts expecting output to exceed 13 million bpd soon