Warning: Declaration of SlideshowErrorHandler::log_error($num, $str, $file, $line, $context = NULL) should be compatible with GalleryPlugin::log_error($error = NULL) in /home/elglo/public_html/businessamlive.com/wp-content/plugins/slideshow-gallery/includes/errorhandler.php on line 0
 Oil loses bullish direction over Delta covid-19 scare  – Businessamlive
Oil prices which had in previous weeks trod on a bullish platform, plunged for a second day on Tuesday following concerns over dwindled demand as outbreaks of the highly contagious variant of the covid-19 virus known as the Delta variant fuelled new mobility restrictions around the world. 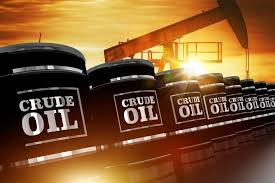 US West Texas Intermediate (WTI) crude futures shed 19 cents (0.3 percent) to $72.72 a barrel, extending a 1.5 per cent loss recorded on Monday.
Spain and Portugal, reputed as favourite summer holiday destinations for Europeans also imposed new restrictions on unvaccinated Britons as preventive measures against the spread of the virus, while 80 percent of Australians faced tighter curbs due to flare-ups of the virus across the country.
Officials also noted that talks on a travel corridor between the United States and Britain  slowed, partly on concerns about a rise in cases of the Delta variant in Britain.
The flare-up in cases of the Delta variant comes as the Organisation of Petroleum Exporting Countries (OPEC), Russia and allies, together known as OPEC+, are set to meet on July 1 to discuss easing their supply curbs.
Demand forecasts by the group show that in the fourth quarter of 2021, global oil supply will fall short of demand by 2.2 million barrels per day (bpd), giving the producers some room to agree to add output.
Howie Lee, economist and petroleum analyst at OCBC Treasury Research in Singapore, said OPEC+ is likely to step up supply in August as the market has tightened on strong growth in fuel demand in the United States and China, the world’s two biggest oil consumers.
Lee added that the cartel is expected to release 250 thousand barrels per day of supply curbs from August onwards as failure to turn on the taps further may see Brent top $80 per barrel.