Oil prices fell on Wednesday, dragged down by concerns about global economic growth as the U.S.-China trade dispute rumbled on, but receiving some support from tightened supply. 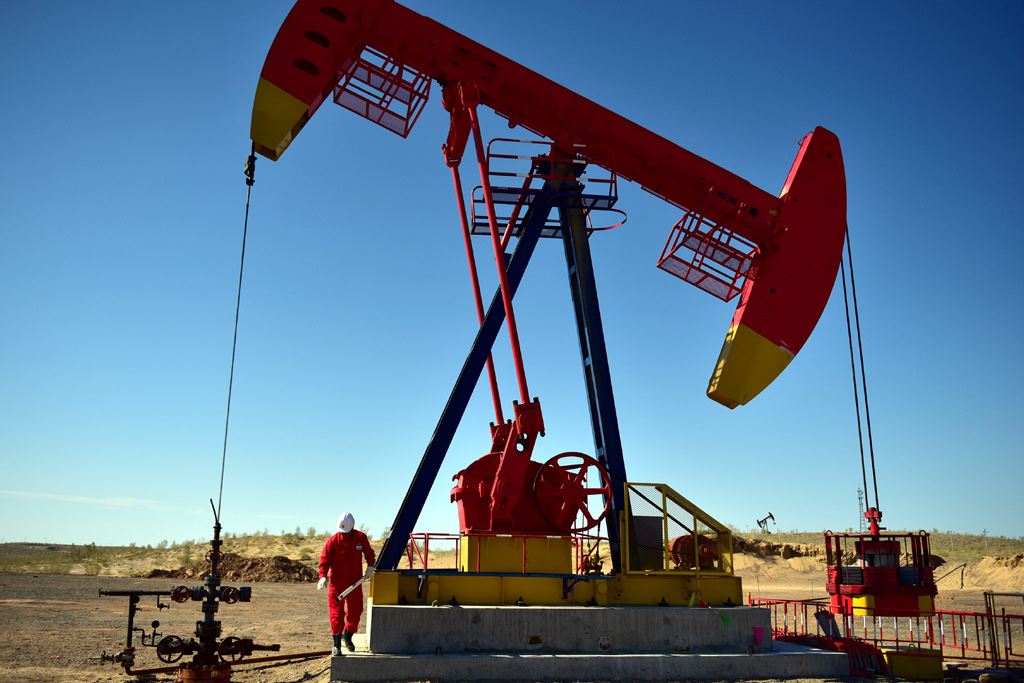 International Brent crude oil futures were at $67.35 a barrel at 1250 GMT, down 26 cents, or 0.38 percent.
U.S. West Texas Intermediate (WTI) crude futures were at $58.43 per barrel, down 60 cents, or 1.02 percent.
An eight-month trade war between China and the United States has worried global markets already concerned by signs of a slowdown in economic growth this year.
But there have been mixed signals that the standoff between the world’s top two economies can soon be resolved.
A Bloomberg report on Tuesday citing concern among U.S. officials that China is pushing back on American demands briefly weakened oil prices before both benchmarks again approached four-month highs.
However, Washington announced that Treasury Secretary Steven Mnuchin plans to travel to China next week for another round of trade talks with senior Chinese officials.
“U.S.-China trade talks continue to present a binary risk for the oil market and other risky assets,” BNP Paribas strategist Harry Tchilinguirian told the Reuters Global Oil Forum.
“A trade agreement is likely to boost oil prices above current forecasts whereas failure can lead to the type of sell-off we saw last December.”
Analysts said an economic slowdown could soon dent fuel consumption, holding back crude.
“Global growth concerns and ongoing oversupply fears (are) creating headwinds for the commodity,” said Lukman Otunuga, analyst at futures brokerage FXTM.
Asian business confidence held near three-year lows in the first quarter as the U.S.-China trade dispute dragged on, pulling down a global economy that is already on a downward path, a Thomson Reuters/INSEAD survey found.
But crude prices have risen almost a third this year, pushed up by supply cuts among the Organization of the Petroleum Exporting Countries and its allies including Russia, as well as U.S. sanctions against oil exporters Iran and Venezuela.
“The shaky supply outlook with regard to Venezuela and Iran, as well as the petro-nations’ output restrictions are top of mind in the oil market,” said Norbert Ruecker, head of economics at Swiss bank Julius Baer.
Further boosting prices, the American Petroleum Institute said on Tuesday that U.S. crude, gasoline and distillate inventories fell in the week to March 15.
The U.S. Energy Information Administration will publish its weekly crude production and storage level report around 1700 GMT.
Businessamlive Website Stats