Oil prices strengthened their rebounds amid flashes of recovery in financial markets on Tuesday. However, uncertainties over increasing coronavirus infections around the world and the focus on the U.S election hindered further gains. 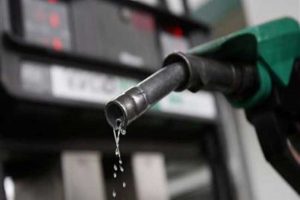 Tamas Varga, a consultant at PVM, an international oil brokerage firm, believes the recent rise has borne all the hallmarks of a massive, logical and even inevitable short-covering prior to the U.S. presidential elections.

Varga, however, expressed caution saying it would be tempting to conclude that the recovery from last week’s slump is now under way as it is simply not a plausible scenario.

Benchmark prices, which tumbled last week, had a recovery on Monday following Alexander Novak, Russia’s oil minister’s talks with indigenous oil firms on a potential extension of oil output curbs into the first quarter of 2021.

The Organisation of Petroleum Exporting Countries (OPEC) and allies led by Russia, a cartel known as OPEC+, cut oil output from May to shore up prices and reduced the cut to 7.7 million barrels per day (bpd) in August. They are due to review the cuts by two million bpd in January, 2021.

In Europe, the resurgence of the Covid-19 pandemic in several countries has resulted in restricted travels between the worst-affected regions of the continent and this is bound to result in the continuous cut in fuel supply and demand flow.

OPEC+ has scheduled its next full meetings to be held on November 30 and December 1 where the soaring supply from Libya will be discussed. The North African country which began production in September with a production rate of 100,000 barrels per day is set to reach one million bpd in the weeks ahead, a major cause of worry for all OPEC and OPEC+ member countries.