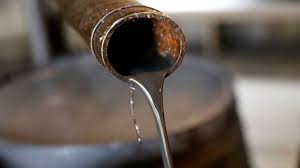 Brent crude oil futures traded steadily Tuesday at $66.41 per barrel, while the WTI sweet crude contract was up 56 cents at $56.15 per barrel.

Cuts to Saudi Arabian crude exports continues to provide fundamental support to oil prices, with both Brent and WTI trading above their previous familiar ranges. The kingdom reported to OPEC earlier in February that its January crude production dropped to 10.24 million barrels per day, and it plans to go below 10 million barrels per day.

Saudi Arabia exported 7.6 million barrels per day of crude in December, down 548,000 barrels per day from the two-year high reached November, according to data from the Joint Organizations Data Initiative (JODI).

“Saudi Arabia’s oil exports are likely to have declined further in January and February [2019] on account of the production cuts that have been in place since the start of the year,” analysts at Commerzbank added.