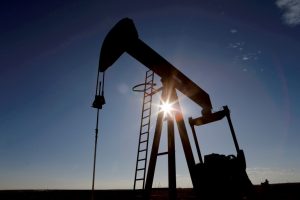 It will be recalled that both benchmarks plunged to their biggest weekly losses in more than nine months a week ago before gaining five percent on Monday, buoyed by a weaker dollar.

Also supporting bullish sentiment for oil is a data report which showed an improvement in China’s fight against the spread of the covid-19 Delta variant. Indian refiners’ crude throughput in July recorded its highest figures in three months as fuel demand rebounded.
Market analysts noted that the surging recovery in demand is a positive news for the oil market and an indication that prices will enjoy a bullish ride in the forthcoming trading sessions.
Meanwhile, Mexico suffered a large production outage due to a fire on an oil platform, halting 421,000 barrels per day (bpd) of production for Pemex, the Mexican state-owned petroleum company.
Commenting on the disaster, Bob Yawger, director of energy futures at Mizuho in New York, said the fire has fuelled the oil rally, an indication that oil prices will maintain a bullish stance in the short-term.
Businessamlive Website Stats