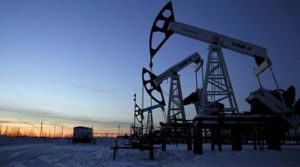 Last December, OPEC members and their non-OPEC allies agreed to cut a total of 1.2 million barrels of crude oil from their supplies based on the October production levels.

While OPEC members agreed to cut about 800,000 barrels, their non-OPEC allies led by Russia resolved to cut their output by 400,000 barrels, in a bid to strengthen crude oil prices, tighten and stabilize the crude oil market.

The resolution was to be subject to a review to either extend the cut by June, or discontinue after the monitoring team has reviewed the impact.

Despite the gains, commodities markets were somewhat held back after U.S. employment data raised concerns that an economic slowdown in Asia and Europe was spilling into the United States, where growth has so far still been healthy.

Oil markets have generally been supported this year by this ongoing supply cuts.

The OPEC is scheduled to meet in Vienna on April 17-18, with another gathering scheduled for June 25-26, to discuss supply policy.

Saudi oil minister Khalid al-Falih told Reuters on Sunday it would be too early to change OPEC output policy at the group’s meeting in April.

“We will see what happens by April. If there is any unforeseen disruption somewhere else. But, barring this, I think we will just be kicking the can forward,” Mr Falih said.

High drilling activity last year resulted in a more than two million barrels per day rise in production, to 12.1 million bpd reached this February, making the United States the world’s biggest producer of crude oil ahead of Russia and Saudi Arabia.

“This is the third straight week of decline…after a number of oil producers trimmed their spending outlooks for 2019,” ANZ bank said on Monday.