Oil prices surged on Tuesday in the international markets following speculations that the world’s largest producer, Saudi Arabia is pressing for more supply cuts as members of the Organisation of Petroleum Exporting Countries and its allies (OPEC+) converge this week on Vienna, Austria. 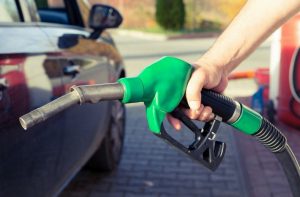 Business a.m learnt that OPEC and its allies are in talks to further increase the existing supply cut of 1.2 million barrels per day (bpd) by 4,000 bpd with an extension till June 2020.

However, Alexander Novak, Russian Energy minister and Vagit Alekperov, chief executive officer, Lukoil are on the backs of OPEC+ seeking for an increase in production for adequate supply in Russia as winter approaches.

Also, the Saudi government is on the verge of putting out a strategy into the market to woo investors before the initial public offering of its oil company, Saudi Aramco.

Meanwhile, world’s leading investment bank, Goldman Sachs noted on Monday that OPEC+ is keen on extending output cuts till June with the hope that the three-month window of extension would aid prices in the market.

Also, the bank in anticipation hopes that Brent would sell within the $60 per barrel mark in 2020 irrespective of “absent new growth or geopolitical shocks” that might arise.

Furthermore, the volatility of oil prices can be traced to the lingering trade agreement between the U.S. and China, causing growing trade tension globally.

In November, both countries were showing indications for a possible signing of the “phase one” trade deal but on Tuesday, Donald Trump hinted that the deal will have to wait after the presidential election in November 2020 and that brought some chill on investors heart thereby weakening their appetite.

The U.S. oil producer companies remained unperturbed due to the continuous increase in production with the hope to meet up with shortfalls as the global oil regulator is due to announce possible cuts in supply this week.