The shut-ins and shutdowns of some terminals by the Nigerian National Petroleum Corporation led to another monthly drop in the gross oil revenue that comes to the federation. 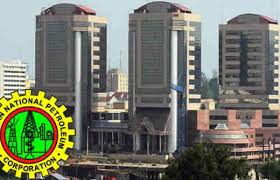 Latest data from the Central Bank of Nigeria showed that the country’s oil receipts dropped to N410.18bn in May 2019, shedding N62.2bn when compared to the N472.38bn that was recorded in the preceding month of April 2019.

April’s oil revenue similarly dropped by NN44.6bn as a result of the shut-ins and shutdowns of NNPC terminals in April 2019.

The April report from the CBN stated that the country’s oil earnings fell from the N516.88bn recorded in March to N472.28bn in April, as this also affected the gross federally-collected revenue for that month.

The development, however, did not improve, as latest data from the country’s apex bank showed that the gross federally-collected revenue for May 2019 was N733.82bn and was lower than the provisional monthly budget estimate of N1.1tn by 33.7 per cent.

Similarly, it fell below the receipts in the preceding month by 7.7 per cent, as the CBN explained that the decline in federally-collected revenue (gross) relative to the monthly budget estimate was due to the shortfall in receipts from oil revenue during the review period.

“The decline in oil revenue relative to the provisional monthly budget estimate was attributed to shut-ins and shutdowns at some NNPC terminals due to pipeline leakages and maintenance activities.”

On non-oil revenue, the CBN stated that at N323.64bn or 44.1 per cent of the total revenue, non-oil revenue fell below the provisional monthly budget estimate of N466.91bn by 30.7 per cent.

“It, however, exceeded the preceding month’s receipt of N322.93bn by 0.2 per cent. The lower non-oil revenue relative to the provisional monthly budget was due to the shortfalls in receipts from all the non-oil revenue components, except customs and excise duties,” the bank stated.

It noted that of the total N667.29bn retained revenue in the Federation Account, the sums of N92.63bn, N48.76bn and N24.73bn were transferred to the VAT Pool Account, the Federal Government Independent revenue and “others”, respectively, leaving a net balance of N501.18bn for distribution to the three tiers of government.

“Of this amount, the Federal Government received N239.65bn, while the state and local governments received N121.56bn and N93.71bn, respectively. The balance of N46.26bn was shared among the oil producing states as 13 per cent Derivation Fund.”

It added, “Similarly, from the N92.63bn transferred to the VAT Pool Account, the Federal Government received N13.89bn, while the state and local governments received N46.31bn and N32.42bn, respectively.”