The international oil benchmark, Brent crude, rose on Wednesday to its highest since the Coronavirus pandemic broke out in March after a large decline in the United States’ crude inventories and supported by a weak dollar. 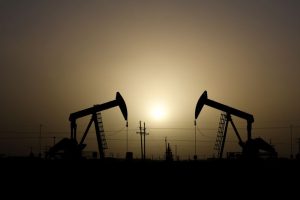 Brent, which plunged to as low as $15.98 per barrel in April, its lowest since June 1999, has continued to rise in recent months on the back of the production cuts by the Organisation of Petroleum Exporting Countries and the gradual easing of lockdowns by many countries.

But mounting coronavirus infections had investors worried about the demand outlook, according to Reuters.

“There’s no escaping the benefits of a weaker dollar in the commodity space and oil is certainly basking in its decline,” senior OANDA analyst, Craig Erlam, said.

Oil also drew support from signs that talks between Democrats in Congress and the White House on a new coronavirus relief package are making progress, although the sides remain far apart.

US factory data this week also showed an improvement in orders, which some analysts took as a hint of economic recovery.

NEPC, ITC target $38m from empowerment of women-owned enterprises by 2020 through “She Trades” initiative

Telcos to Banks: Pay USSD debt or be disconnected