Oil dipped below the $50-a-barrel mark in New York for the first time in almost three weeks as a report of expanding U.S. stockpiles stoked anxiety in a crude market nervous about a potential glut.

West Texas Intermediate fell as much as 2.6 percent after Genscape Inc. was said to report a jump in inventories at the biggest American stora 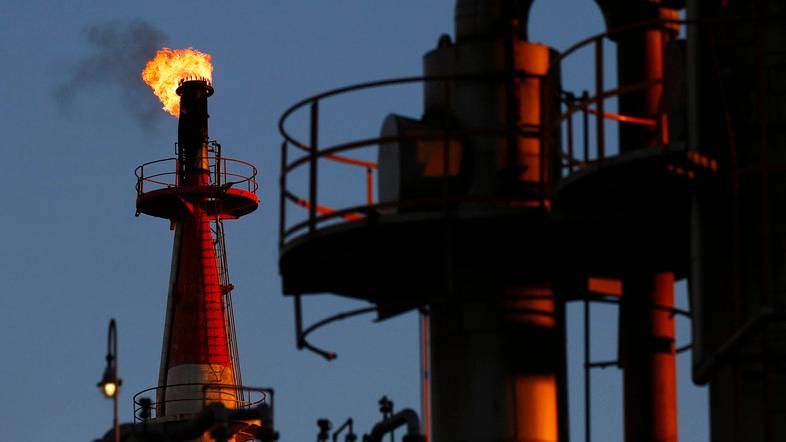 ge hub in Oklahoma. A dive for U.S. equities added to pressure on crude as investors anticipated another interest-rate hike from the Federal Reserve that could slow the

Oil prices fell about 1 percent on Monday on signs of oversupply in the United States and as investor sentiment remained under pressure from concern over global economic growth and fuel demand.

Traders and market participants closely watch supplies at the hub because it is the delivery point for the futures contract and underpins nearly all other regional crude grades.

“The Cushing number came in higher than anticipated. … It’s definitely pointing to the concern that there’s more supply and demand is weakening,” said Phil Flynn, analyst at Price Futures Group in Chicago.

“The market is still very nervous about that.”

Both U.S. crude and Brent crude benchmarks fell more than 30 percent from early October through the end of November as a supply glut inflated global inventories. But they have stabilized over the last three weeks, trading within fairly narrow ranges as oil producers have promised to cut production.

Some investors doubt planned supply cuts by the Organization of the Petroleum Exporting Countries and other producers such as Russia would be enough to rebalance markets.

OPEC and its allies have agreed to reduce output by 1.2 million barrels per day (bpd) from January, in a move to be reviewed at a meeting in April.

United Arab Emirates energy minister Suhail al-Mazrouei told reporters in Dubai on Monday that the global oil market was correcting and he expected everyone to cut oil supply under the agreement reached earlier this month in Vienna.

But OPEC and its allies have an uphill task.

U.S. shale output is growing steadily, taking market share from the big Middle East oil producers in OPEC and making it harder for them to balance their budgets.

As inventories at Cushing rise, front-month U.S. crude futures traded as much as 31 cents below the second month CLc1-CLc2, the widest level since October 2017.

Russian oil output has been at a record high of 11.42 million barrels per day (bpd) in December so far, an industry source familiar with the data told Reuters.

Increasing concerns about weakening growth in major markets such as China and Europe have also dampened the mood in oil and other asset classes.

Broad stock declines in Europe and the United States on Monday dragged equity markets lower around the world, adding to a sell-off that has sent global shares near 17-month lows.