British Royal Marines and officials in Gibraltar have detained the supertanker Grace 1 suspected of carrying crude oil to Syria, in breach of European Union sanctions, the government of Gibraltar said. 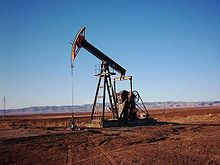 In a statement the government said it had reasonable grounds to believe that the Grace 1 was carrying its shipment of crude oil to the Banyas Refinery in Syria.
“That refinery is the property of an entity that is subject to European Union sanctions against Syria,” Gibraltar’s chief minister Fabian Picardo said. EU sanctions against the government of Syria took effect in May 2011.
“With my consent, our port and law enforcement agencies sought the assistance of the Royal Marines in carrying out this operation.”
The government published regulations on Wednesday to enforce the sanctions against the tanker and its cargo.
Refinitiv Eikon mapping indicates the ship sailed from Iran, and if the cargo is confirmed to be Iranian crude, its attempted delivery to Syria could also be a violation of U.S. sanctions on Iranian oil exports.
The mapping data shows the ship has sailed a longer route around the southern tip of Africa instead of via Egypt’s Suez Canal.
The Grace 1 was documented as loading fuel oil in Iraq in December, although the Iraqi port did not list it as being in port and its tracking system was switched off. The tanker reappeared near Iran’s port of Bandar Assaluyeh fully loaded.
Shipping data shows the ship is a 300,000-tonne Panamanian-flagged tanker managed by Singapore-based IShips Management Pte Ltd.
Businessamlive Website Stats