Oilserv Limited, an indigenous Nigerian Engineering, Procurement and Construction (EPC) company and contractor handling the Ajaokuta-Kaduna-Kano (AKK) pipeline project, has indicated its readiness to participate in the construction of the $25 billion Nigeria-Morocco Gas Pipeline (NMGP) project and other emerging gas pipeline projects.

Emeka Okwuosa, chairman and Group CEO of Oilserv, disclosed this during an online interactive session with journalists, saying his company had built enormous capacity and experience in delivering pipeline projects both in Nigeria and many parts of the world. 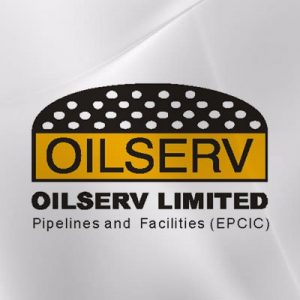 The Nigerian National Petroleum Company Limited (NNPC) Limited had at the weekend signed four additional Memoranda of Understanding (MoU) with three other countries including Mauritania, Morocco, and Senegal on the execution of the gas pipeline, in response to the pressure mounted on Nigeria by Europe to provide alternative gas supply to the continent.

The proposed $25 billion, 5,600-kilometre NMGP is expected to link Nigeria and Morocco, opening a possibility for a new energy supply path from West Africa to Europe.

The pipeline is planned to be an extension of the existing West African Gas Pipeline, which runs from Lagos to Cotonou, Benin; Lomé, Togo; and Tema and Takoradi in Ghana.

Okwuosa said that the unavailability of pipelines to distribute for both local consumption and for international sales and delivery is the biggest bottleneck in the utilisation of gas energy in today’s Nigeria.

“So Oilserv is always ready and well prepared to be able to make the difference in the delivery of the emerging pipeline projects in the continent,” the Oilserv CEO said.

“The Trans-Saharan Gas Pipeline is actually one of the two major international pipelines that are being envisaged. The pipeline is the one that will take off from Kano and go through Niger Republic and Algeria and end up in Europe,” he said.

Okwuosa said the above-listed are the key pipelines that are upcoming, and that the company is aware of the opportunities and has been part of that.

“We know that it is a project that might require more than one contractor to execute, but we want to be part of it because we have the capacity to deliver our scopes,” he stated.

He said the company had achieved a lot in the country over the past 25 years of its operations, attributing the success to the deployment of experienced workforce and determination to make impressions first in the oil and gas industry and in other sectors and areas of the entire country.

Expressing his delight that a Nigerian company could develop the necessary skill sets and capacity that would enable development of oil and gas facilities of world-class standards, Okwuosa noted that opportunities would always be there because the economy will continue to grow.