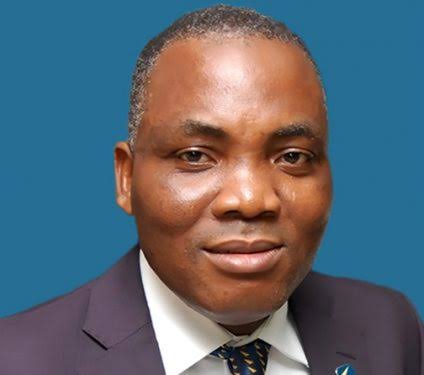 Bayo Olugbemi has been sworn in as the 21st president and chairman of council of the Chartered Institute of Bankers of Nigeria (CIBN).

The new president took over the CIBN leadership on Saturday May 16 in Lagos from Uche Olowu, his predecessor, and has also crafted the strategic focus of his administration in the next two years into the acronym “A-TEAM”.

Sworn in by Adesuyi Olateru-Olagbegi, a retired justice, at the Bankers House, Victoria Island, Lagos, the new CIBN leader will oversee affairs of the institute for the next two years.

Olugbemi is expected to bring his knowledge of over 38 years’ experience as an investment banker to bear on the institute.

Olugbemi, who is also the managing director/CEO, First Registrars & Investor Services Limited, had served as the first vice president and chairman, board of fellows and practice licenses at CIBN as well as the president/chairman of council, Institute of Capital Market Registrars and treasurer, Lagos Chamber of Commerce and Industry (LCCI).

He has also served and is still on several committee of Central Bank of Nigeria (CBN), Securities and Exchange Commission (SEC), Nigerian Stock Exchange; Central Securities Clearing System (CSCS); Institute of Directors; Institute of Chartered Secretaries & Administrators of Nigeria (ICSAN) and Institute of Capital Market Registrars (ICMR), among others.

Olugbemi, in his acceptance speech paid tributes to the founding fathers of the institute who sacrificed and contributed immensely to its growth and development over the years.

He recognised the enormity of the tasks ahead of him and pledged to transform and propel the institute into global limelight through his administration’s strategic focus.

He told over 700 participants who connected to the event through Zoom and YouTube across the globe that, “Our strategic focus is crafted into an acronym “A-TEAM” in line with the 2020-2024 strategic plan of the institute, which is encapsulated in the acronym A-TEAM – accelerated development, technology and digital enhancement, engagement for growth, accountability and transparent leadership and membership drive for value.

“Our desire is to be a global reference point, an Institute that everyone is proud to associate with, one that sets the agenda for the banking industry, for businesses and the economy as a whole,” he said.

He also continued that he will embark on immediate evaluation and impact assessment of the linkage programme with tertiary institutions for greater value and employability of banking and finance and social science graduates and to institutionalize a banking-related legacy learning project in a university and polytechnic in each of the six geopolitical zones in Nigeria.

He said he will commence banking museum project which the governing council of the institute had approved for preserving the rich educational history and historical heritage of the evolution and growth of banking and finance in Nigeria.

Olugbemi said that the institute, which had recorded many successes in time past, would move forward into new uncharted and exciting territories and claim ownership of it before anyone else.

He further assured members that he will further explore an advance technology-driven mode and channel of conducting and monitoring the institute examinations without prejudice to the integrity and acceptability of the certificates, promising also promised to explore the proctored examination mode which will enable the CIBN to expand the base and reach of its examinations in line with the strategic intent to stay ahead of the curve.

He called on all stakeholders to support him stressing that creative and innovative ideas by all would be welcomed.

In his intervention, the outgoing president, Uche Olowu, thanked Godwin Emefiele, the CBN Governor; Umaru Ibrahim, NDIC CEO; Body of Banks CEO’s led by Herbert Wigwe and other stakeholders for the support given him during his tenure.

“As he takes over the mantle of leadership today, I’m most convinced that the institute is in safe hands given his wealth of knowledge and experience as evidenced in his numerous career accomplishments.”

The elected office holders of CIBN are Ken Opara as 1st I vice-president): Pius Olanrewaju, a professor, as 2nd vice president) and Oladele Alabi, as national treasurer.