James Ayodele Daniel, airline captain, has been appointed the accountable manager and managing director of Omni-blu Aviation Limited by the company’s board of directors. He is expected tooversee the affairs of the firm in his new role. 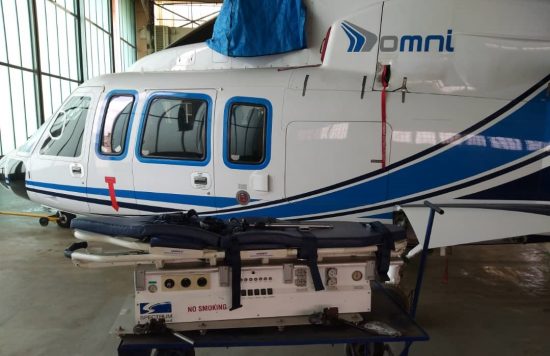 Joy Duncan, executive director, corporate, legal & admin services of the company in a statement to announce the exit of Agbeluyi said, “While we are happy to welcome Captain James Daniel  into OBA, may I use this opportunity to appreciate the good work and service Capt. Sunny Adegbuyi put in to attain the organizational successes he and his management team achieved”.

She said Agbeluyi worked assiduously to further entrench the core values of the company strengthening processes and regulatory procedures and sustaining an operation that meets global best practices and standards.

“On behalf of us all I sincerely thank him for his service and wish him all the very best in his future pursuits”.

Captain Daniel brings with him over 32 years of very seasoned industry experience at both fixed and rotary wing flying experience.

He began his industry career as a line Pilot with Bristow Helicopters in 1983 up until 1989. Thereafter he switched to fixed wing flying for Concord Airlines, Okada Air andBellview Airlines between 1989 and 1997.

From 1997 to 2008, he served as acting/deputy chief/training pilot with Bristow Helicopters under Shell Nigeria contract). He has since 2014 to 2018 been called in (from his retirement) to manage Bristow’s ExxonMobil operations at Eket and Bristow’s Fixed wing operations which he midwifed, set up and operated from 2016 to 2018.