Leadership skills and managerial abilities are not easy to differentiate in a business environment because leadership skills and managerial abilities are interwoven and both necessary to different degrees in good leaders and managers. While leaders must have managerial abilities, managers must also have leadership skills. Leadership is the ability to influence others. Human beings generally have a ‘blank mind’ at birth and most learn by ‘intuition’ as they grow. They see those ahead of them as role models and imitate what they see leaders do. Leaders are those who create space for all members of a group to contribute their parts in the development of the community. “Leadership is essentially a continuous process of influencing behaviour of followers” (Khushbook Pathak, 2020, page 67 in Organisational Behaviour, SBPD Publishing House, Uttar Pradesh, India). Leadership is a mutual relationship between a leader and his followers. 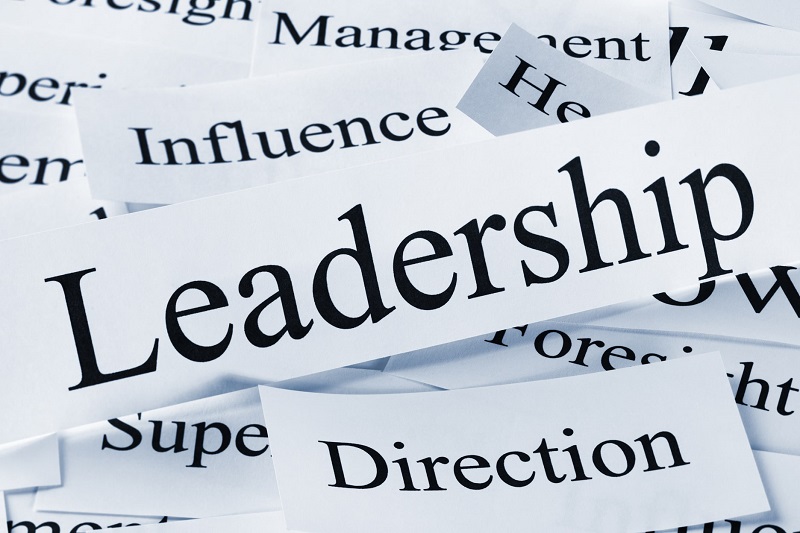 Management is a set of principles relating to the functions of planning, organising, administering, directing, and controlling, and the applications of these principles in harnessing physical, financial, human, and informational resources efficiently and effectively to achieve organisational goals. Leaders lead followers in the way to reach a goal, while managers show their team members the way to the goal. Leaders have communicative skills to coach followers and see everybody as important to the mission. Managers on the other hand coerce team members to perform their expected duties. Managers see workers as tools of achieving their goals and hardly have time to coach team members like leaders. While managers brandish sticks, leaders dangle carrots. Leaders seek cooperation of workers, while managers instil discipline in them.

Leading consists of motivating employees and influencing their behaviour to achieve organisational goals/objectives. Leading focuses on managing people, such as individual employees, teams and groups rather than tasks. According to Peter Drucker, (2012), in “The Practice of Management”, management focuses on tasks and goals, and the tools to perform and achieve them more than the people who are to achieve them. Leading is prompting the organisation’s members to work together in the interest of the organisation. It is creating a positive attitude towards the work and goals among the members of the organisation. Leaders are directly involved in the performance of a function and see those involved in the tasks as associates. Managers see team members as tools to perform. Leaders see them as stakeholders.

Managers are after the successful execution of a project; leaders are after the success of the project executors. In planning, managers set goals and determine the best way to achieve them. They organise by means of allocating resources (people, equipment, time and money) to carry out the company’s plans. They direct team members by showing the way. In controlling, managers show limits and boundaries of scope of work. There are many management theorists. Henri Fayol, Elton Mayo, Henry Gantt, John Adair, Peter Drucker, Vilfredo Pareto, etc, are management theorists who contributed to management development. Some of these theorists struggled to differentiate between leaders and managers. Nevertheless, Henry Mintzberg was one of the few theorists who succeeded in communicating the manager’s daily roles in diversified sectors and positions.

Mintzberg proposed in his works, and especially in his two books: “The Nature of Managerial Work” (1973) and “Inside our Strange World of Organisations” (1989), that managers must play ten diverse roles juggling them when necessary. The ten roles of managers according to Mintzberg (1973) are: “figurehead, leader, liaison, monitor, disseminator, spokesperson, entrepreneur, disturbance handler, resource allocator, and negotiator.” These different roles were also divided into three main categories: “interpersonal, informational, and decisional.” These ten roles reflect the complexity of the managerial position, where any given manager deals with his organisation, his subordinates, his superiors, the shareholders, and the stakeholders. Leadership is a prominent role of managers because managers have subordinates which they must manipulate.

This new revolution is also known as the ‘technological revolution’ as it was a stage of fast standardisation, automation and digitalization reaching the early 20th century. Frederick Herzberg contributed a great deal to the ‘Human Relations School of Management’ through his insights into the areas of employees’ satisfaction and motivation. Herzberg’s motivation theory, also known as the ‘Two-Factor Theory’, covers what he called the “Hygiene Factor” and the “Motivation Factor.” According to Herzberg theory, hygiene factors are the extrinsic conditions, or environmental factors, that determine the satisfaction or dissatisfaction level of employees. Herzberg’s theory posited that what determines success in organisations is not your approach as a manager or as a leader but your understanding of the psychology of team members and subordinates (followers).

Herzberg’s theory stated that, while negative hygiene factors (such as low pay, poor working conditions or lack of job security and lack of recognition at work) cause job dissatisfaction, positive hygiene factors (such as status recognition, good ergonomics and worker-friendly policies) simply satisfy basic employee needs, causing “movement”, in the sense of workflow, but exerting no effect whatsoever on motivation. Irrespective of whether a team head is a manager or leader, he or she must adopt the Two-Factor Theory. Wladislaw Jachtchenko in “5 Roles of Leadership – Tools & Best Practices for Personable and Effective Leaders” published in 2021 by Remote Life, Oakland Park, Florida, stated that a leader is a: communicator, manager, team leader, problem solver and psychologist. These are also the qualities of managers as expressed by Mintzberg (1989).

A leadership role is a position that requires you to manage resources (people, situations, and items) effectively and ethically (‘The Basics of Project Management’ by Olufemi Adedamola Oyedele, published in 2018, by Artman, Nigeria). The distinction between a leader and a manager is mostly in the way and manner they achieve results and not who they are or the position they occupy. While managers emphasise on how the goals of the group can be achieved using people amongst other project resources, leaders emphasise on how people can be inspired and encouraged to ensure organisational goals are achieved. Managers are instructors, leaders are coaches. There are different types of leaders: authoritarian leaders, participative leaders, delegative leaders, transactional leaders, and transformational leaders (visionary leaders). We also have traditional, spiritual and political leaders. These are situational leaders in which their successes will depend on how fast they can adapt to change and management theories. Both leaders and managers are made by conditions.

There are assignments which cannot be achieved by leadership approach only due to their nature. Example is working with labourers in the production line. A good manager must adopt the “Machiavellian Approach” and exert authority to get results. There are also tasks that cannot be achieved with management styles. A good example is public governance and other large organisations where a team head does not work directly with all team members and have to delegate some sub-team leaders to supervise team members (masses). A good distinction between managers and leaders is that while managers report to and get directives from a superior officer; leaders are in charge of their organisations and responsible for their actions! It is a leader’s role to mentor and empower others to make decisions and grow. It is also a leader’s responsibility to provide the needed resources to employees and correct them if they may make mistakes in order to assist them to improve or use disciplinary measures to inspire them.

Most managerial roles do not give that luxury of time to managers to mould employees. Example is an ad-hoc team.
Leadership and management functions are intertwined and to segregate them in a business environment may be herculean; but leaders are quite distinct from managers in the roles they play in business organisations. Leaders manage resources, including people, plants and money; managers lead people and plan, control, coordinate and direct resources (people, plants and money). Most small and medium organisations have the same people performing the roles of leaders and managers and most business functions entail a combination of leadership skills and managerial abilities.

In big organisations, the roles of managers are separated from the roles of leaders. In business organisations, your roles will determine whether you act as a leader or as a manager or combine the two functions. Most managers learn along the course of their duties to become leaders and most leaders, especially traditional, spiritual and political, learn with time to become managers. While those who directly supervise temporary workers are mostly managers, those at the helm of affairs in conglomerates are leaders.

Olufemi Adedamola Oyedele, MPhil. Construction Management, managing director/CEO, Fame Oyster & Co. Nigeria, is an expert in real estate investment, a registered estate surveyor and valuer, and an experienced construction project manager. He can be reached on +2348137564200 (text only) or femoyede@gmail.com