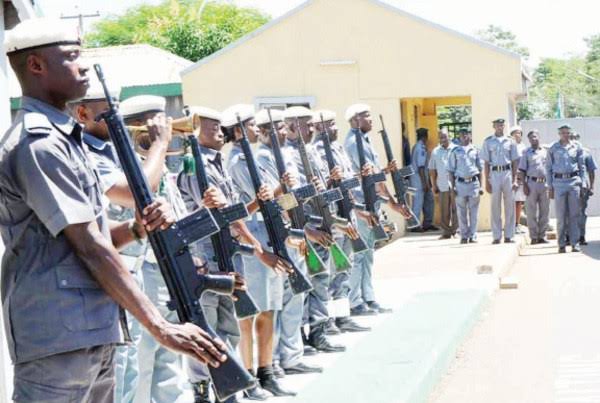 The Nigeria Customs Service has shortlisted 162,399 applicants out of  out of 828,333 who applied for the service’s ongoing recruitment that started last year. The shortlisted figure represents 19.5 percent of the total of people who applied for the jobs.
The final list of those engaged is also expected to shrink considerably.
“Following vacancies advertisement by the Nigeria Customs Service last year there have been disturbing attempts by internet fraudsters to hack and discredit the recruitment process, the service admitted on Monday in a statement by Joseph Attah, Customs spokesman.
It however noted that the comptroller-general of Customs, Hameed Ali, a retired colonel had expressed dismay over the criminal activities of these elements and gave assurances of his determination to preside over a recruitment process that would be credible, transparent and smooth from the beginning to the end.
“Accordingly, after a painstaking short-listing process, a total of 162,399 have been short-listed out of 828,333 candidates that applied.
“In-line with our earlier stated guideline, those shortlisted are being notified via their e-mail addresses and telephone numbers,” said Joseph Attah.
He said all those notified would do their aptitude tests at a date and centre indicated in their respective notification slips. The shortlisted applicants are expected to print from their e-mail account.
“For the avoidance of doubt, NCS recruitment process requires no monetary payment, hence any such request from any quarter should be regarded as fraudulent and ignored.
All short-listed candidates coming to the centres are to come along with the notification slips and identity card. They are to be in their best behaviors and comply with all instructions during the aptitude tests as doing the contrary could lead to instant disqualification,” Attah stated.
Businessamlive Website Stats