Oil prices weakened on Friday, prompting a move away from riskier assets and depressing Asian stocks, after an OPEC agreement to extend cuts in crude production for a further nine months disappointed investors who had bet on bigger output cuts.

In the currency market, sterling GBP=D3 fell 0.5 percent to $1.288, its biggest one-day slide in over three weeks, after a YouGov poll showed Britain’s opposition Labour Party had reduced the lead of Prime Minister May’s Conservatives to five points, less than a fortnight before a national election.

Sterling had lost 0.3 percent on Thursday following data that showed Britain’s economy slowed more than previously thought in the first quarter of this year.

“The UK is now beginning to look like the sick man of Europe,” said Kathleen Brooks, research director with City Index in London.

Otherwise, oil’s weakness was the standout feature of Friday’s markets.

Global benchmark Brent LCOc1 fell 0.5 percent to $51.18, after slumping 4.6 percent overnight. It is on track for a 4.5 percent weekly loss.

The Organization of Petroleum Exporting Countries and some non-OPEC producers agreed at a meeting in Vienna on Thursday to extend supply cuts of 1.8 million barrels per day until the end of the first quarter of 2018.

Most investors had already factored in this outcome as Saudi Arabia and Russia earlier in May that a nine month extension was needed, but some had bet on the producers agreeing to bigger reductions in supplies. 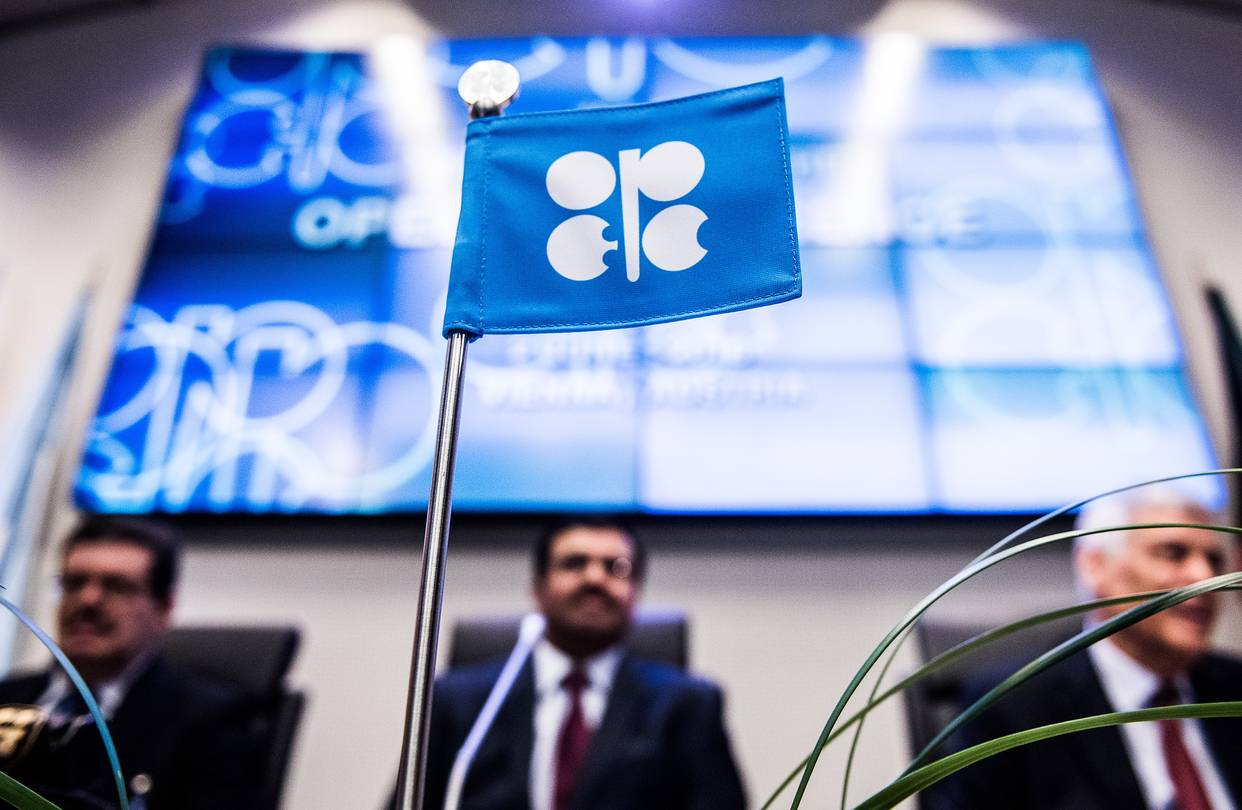 “With Russia and Saudi announcing nine months (of extended cuts) a week before, this was already priced in, so the market wanted the “over-and-above” which didn’t come – hence the sell-off,” said Virendra Chauhan, oil analyst at Energy Aspects in Singapore.

The dollar index .DXY, which tracks the greenback against a basket of six major peers, was flat to stand poised for a 0.1 percent gain for the week.

U.S. unemployment data that showed a tightening labor market was offset by a widening goods trade deficit in April and news of declining inventories, prompting analysts to pare their second-quarter economic growth estimates.

MSCI’s broadest index of Asia-Pacific shares outside Japan .MIAPJ0000PUS, which closed at a two-year high on Thursday, fell 0.2 percent, shrinking its weekly gain to 1.45 percent.

Overnight on Wall Street, the S&P 500 .SPX and the Nasdaq .IXIC closed at record highs after strong earnings reports from retailers.

The strong performance helped lift MSCI’s global stocks index .MIWD00000PUS to a record close overnight, but they pulled back 0.1 percent on Friday.

The weaker dollar and pullback in risk appetite was a boon for gold. Spot gold XAU= rose 0.2 percent to $1,258.29 an ounce, poised for a 0.3 percent gain for the week.