The Organisation of Petroleum Exporting Countries (OPEC) appears to be unfazed by the imminent threat electric vehicles (EVs) poses to global oil, despite applauding its increased adoption, calling it a positive approach towards reducing emissions and sustaining eco-friendly environments, but that the world itself would not easily be weaned off fossil fuel energy in the decades ahead due to continuous global need for more energy. 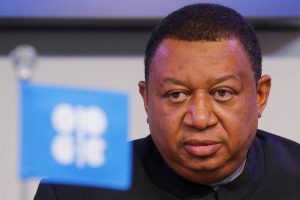 Oil and gas combined, according to OPEC’s World Oil Outlook predictions, will still supply over 50 percent of the world’s energy needs up till 2045 with oil at around 27 per cent and gas at 25 percent, and serve as a more realistic global source.

Mohammad Barkindo, secretary-general, OPEC, at Atlantic Council Global Energy Forum 2021 buttressing this said: “Although there are some who believe the oil and gas industries should not be part of the energy future, that they should be consigned to the past, and that the future is one that can be dominated by renewables and electric vehicles, it is important to state clearly that the science does not tell us this, and the statistics related to the blight of energy poverty do not tell us this either.

“The science and statistics tell us that we need to reduce emissions and use energy more efficiently. Renewables are coming of age, with wind and solar expanding quickly, but — even by 2045 in our World Oil Outlook —they are only estimated to make up just over 20 per cent of the global energy mix,” Barkindo stressed.

He said while this position would be viewed by some as an OPEC forecast and go on to dispute the numbers, alleging that the organisation is against renewables, it was clear that many OPEC member countries have great solar and wind resources, and huge investments are being made in this field.

Barkindo maintained that OPEC welcomes the development of renewables, but stated that it does not see any realistic outlook projecting in their business-as-usual base cases that renewables will come anywhere close to overtaking oil and gas in the decades ahead.

The share of electric vehicles in the total road transportation fleet was projected by OPEC to expand to around 16 per cent by 2045, Barkindo said, noting that looking at the scale of the challenges within energy transition, there still lies a need to utilise all available energies.

“In terms of electric vehicles, there is no doubt that they will continue to see expansion in the transportation sector. We support their development in a sustainable manner. However, for many of the world’s population, electric vehicles do not offer a viable alternative to the internal combustion engine, primarily due to cost. Moreover, there is also debate about how environmentally friendly they are considering their build process, especially the required batteries, and the sourcing of the vehicles’ electricity,” said Barkindo.

The future of transportation generally is changing—not just EVs, but even up to bikes. But much will depend on how far governments adopt new EV targets as part of “green stimulus” packages to spur a faster shift to a low carbon future, especially when realistically considering emerging Africa, Asia and Latin America markets, where infrastructure certainties are still unsettled and premature; which might thwart the most optimistic EV forecasts from materializing and the prediction that EVs will directly plateau crude oil demand at a wider market scale, he further explained.