Members of the organized private sector in Rivers State under the aegis of Nigerian Entrepreneurs and Investment Forum, made up of the Port Harcourt Chamber of Commerce, Industry, Mines & Agriculture (PHCCIMA), Manufacturers Association of Nigeria (MAN) and SMEs group, say they were beginning to see bright days in their business following improving climate in the oil-rich state. 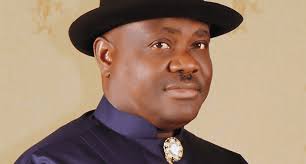 Nabil Saleh, the chairman of the OPS group and president of PHCCIMA says the state was now safe for investments and other profitable business activities, following drastic thawing in gangster and cult wars that ravaged the state up until after the last general elections in the state.

“The state is reaping the benefits of Governor Nyesom Wike’s investments in the state’s security architecture. As the voice of the business community in Rivers State, I can tell you that the state is safe and good for investments,” Saleh, who was elected in 2018 as PHCCIMA boss, said in an interview in Port Harcourt.

“We can go to Europe in five hours, and to any African country in a short time. You don’t need to travel to another state before going to an international airport. The three international airlines can take you to different destinations of the world,” he said.

The OPS group boss lauded Governor Wike for the marked improvement in the security of lives and property in the state.

Meanwhile, the newly inaugurated Rivers Ease-of-Doing-Business Council (EODBC) which draws membership from government and the Nigerian Entrepreneurs and Investment Forum, has gained traction with its first multi-stakeholders meeting with key stakeholders. The OPS group has lauded the council, describing it as capable of promoting investment climate of the state, thereby increasing its investment stake.

Rivers, an oil-rich sub-national with a gross domestic product of more than $25 billion, is in dire quest to attract new investments. Years of gang and cult wars, coupled with bitter political fight among its key politicians have left the state badly bruised. Tens of industries and firms have massively divested from the state due to insecurity.

“As the chairman of the organised private sector of Rivers State, I can assure that there is a big improvement in the security of the State. This is after Governor Wike gave all the security agencies equipment and vehicles under Operation Sting. For now, the state is preparing for a security summit with the collaboration of the private sector to help in transforming the security outlook of the state. With this, I am sure security in Rivers State will develop to a higher level,” the PHCCIMA president said.