After a series of not-so-pleasant events that put Seplat Energy in the news and information superhighway, especially to do with non-performing loans to banks (Access Bank, Zenith Bank) by associated companies connected to the co-founder and chairman, Bryant Orjiako, it would seem the time has come for a clear separation between him and the company. 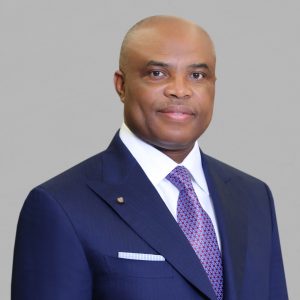 Only recently, Xavier Rolet, an independent non-executive director, resigned abruptly in what some have suggested  came about because he was unable to come to terms with the vagueness surrounding the state of affairs in the company. Before that Seplat Energy had issued a regulatory disclosure to the market that Zenith Bank secured a court order against Shebah Exploration, its affiliate company.

Now, Orjiakor, co-founder, and for many years chairman and the alter ego of Seplat Energy, has served a six months’ notice to leave his position as chairman and the board entirely. In other words, he will not be personally involved with the running of the London and Lagos listed company, after its annual meeting in May 2022.
Orjiako announced his decision to step down on Wednesday and is expected to be succeeded in line with Seplat Energy’s succession plan.
Seplat Energy in a disclosure sent to the Nigerian Exchange said: “In order to ensure an orderly transition, A.B.C. Orjiako will remain the chairman of Seplat Energy until the AGM, when he will be succeeded by an independent chairperson in line with Seplat Energy’s succession plan.”
Commenting on his decision, Orjiako said: “The past twelve years of Seplat Energy’s existence have been phenomenal for me. As chairman, I am proud that the board, management and entire staff of Seplat Energy, were able to achieve several enviable milestones and exceptional successes, notably the acquisition of eight oil and gas assets, expansion of the Oben and development of the ANOH gas plants and the dual listing on both the Nigerian and London Stock Exchanges, a first by a Nigerian company.
“While there were challenges along the way, we overcame these by the special grace of God, the outstanding performance and professionalism of each member of the board and management and the sterling efforts of our staff. I will continue to give my utmost energy and commitment to the company until I step down from the board at the next AGM.”
Basil Omiyi, a senior independent director, also commenting, said: “On behalf of all members of the board and management, I would like to thank A.B.C. Orjiako for his immense contribution as a co-founder and chair of Seplat Energy since its inception. He has been chairman during exciting times and his dedication has been constant throughout. The board looks forward to working with him during the transition period and we will miss his insight, expertise and leadership when he finally steps down in May 2022.”
The outgoing chairman assumed the position in 2009 and led the transformation of Nigeria’s leading indigenous independent energy company into a global firm. Some of his notable achievements include successful acquisitions that brought growth to the company.
Orjiako was the driving force behind Seplat Energy becoming the first and only Nigerian corporate to dual list on the Nigerian Exchange and on the main board of the London Stock Exchange in 2014.
But in the Nigerian business landscape, Orjiako has also had his off-moments, especially in certain relationships with a couple of banks, involving companies associated with him.
The chairman and co-founder of the indigenous energy firm was recently mentioned in connection with an indebtedness to one of Nigeria’s commercial banks. Zenith Bank got a court injunction preventing Seplat from transacting any form of business with the assets of Orjiako and some other entities as a result of non performing loans (NPLs) made by the bank to Shebah Exploration & Production Company Limited, a subsidiary of Seplat Energy, in 2014.
Consequent to the development, Neimeth International Pharmaceuticals Plc, where Orjiako is chairman, announced its decisions to adhere to the directive of the court not to deal in the assets of its chairman nor transfer funds to him and other parties listed in the suit.
Late last year and early this year it emerged that the Seplat board chair was dragged to court by Access Bank in an ongoing legal tussle, which is yet to be settled. These legal entanglements with banks have made some experts and industry watchers call for a closer scrutiny of the outgoing Seplat chairman by commercial banks across the world, as well as the Central Bank of Nigeria (CBN) on the bases of what bankers call the 5C’s of credit.
Businessamlive Website Stats