By Adeola Ajakaiye, in Kano

Governorship candidate of the People’s Democratic Party (PDP) in Kano State, Sadiq Mohammed Wali, has said he would leverage his robust private sector background to reinvent the ailing economy of the state if elected governor. 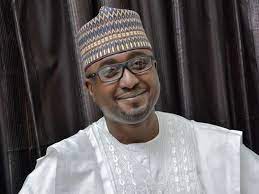 Wali said this while unveiling his party’s electioneering plans for the state to journalists at his residence in Kano. According to him, one of the key areas his administration would focus on would be the resetting of industrial activity, in which the state has a huge comparative advantage.

He noted that as someone who rose to become the managing director of a manufacturing company in Kano, he would be deploying the experiences gathered in that capacity, as well as others, to implement landmark development initiatives to justify the state’s position as a private sector-driven economy.

Wali, a onetime secretary of the Kano chapter of the Manufacturers Association of Nigeria (MAN), observed that one of the reasons why state is not making much progress economically at present was the inability of previous administrations to implement a well-thought strategic plan for the state.

“Our topmost reason why we in PDP want to take over the reins of power in the state come next election is because we desire to bring about positive change in the management of the affairs of our dear state, Kano. In the course of a study we made about Kano, we noted that the state is confronted with many challenges. The biggest of the challenges is the lack of strategic planning, and faulty implementation of programmes and policies,” the PDP governorship candidate said.

“Many of the development concepts adopted in the state were not well designed to effectively tackle the identified challenges, which makes it difficult for the implementation of sustainable economic development programmes and policies,” he said. Wali, who is the immediate past commissioner for water resources in the Ganduje administration, also said that the privilege he had serving in that capacity, his first in the public sector, also provided him the opportunity to gain deep working knowledge of problems facing the state.

“In the course of my two and a half years of being commissioner in Kano, I was able to observe that there is the need to implement a functional educational policy for the state in order to break the bane of underdevelopment in the state,” Wali said.

“We intend to do this by moving away from the kind of education that only delivers paper qualifications to the one that provides skills and experience to tackle real life challenges. And we have come to know that only proper vocational education can do this. By the grace of God, if I become the next governor, we are going to embark on massive mind orientation, reform the civil service, and provide basic infrastructure that enables the economy to function,” he said.

He said his administration would also address the issue of faulty budgeting system in public governance, ensuring that in every financial year, “we are able to attain 75 percent of whatever projections that the budget is designed to address”.