If you research carefully, one constant refrain running through the arguments is that zoning and rotation of power among the six geopolitical zones of Nigeria would promote political stability and national cohesion.

Protagonists of power rotation contend that monopoly of power by any one section or ethnic group is not only undemocratic but prone to political crises and upheavals. They affirm without any sense of irony that zoning or rotation of power is conterminous with the “Federal Character Principle” as enshrined in the 1999 constitution. They are sure, therefore, that to downplay or dismiss power rotation as a concept worthy of consideration in the recruitment of our political leaders is to hold the constitutional “Federal Character Principle” in deep contempt.

Justice, equity, and fairness are buzzwords routinely and self-righteously deployed as ammunition by zoning protagonists in their elitist struggle to capture power when it suits their purposes. Yet these buzzwords ring hollow because they fail to address how the poor masses across ethnic divides and religious persuasions can be defended or protected from oppression and marginalisation. 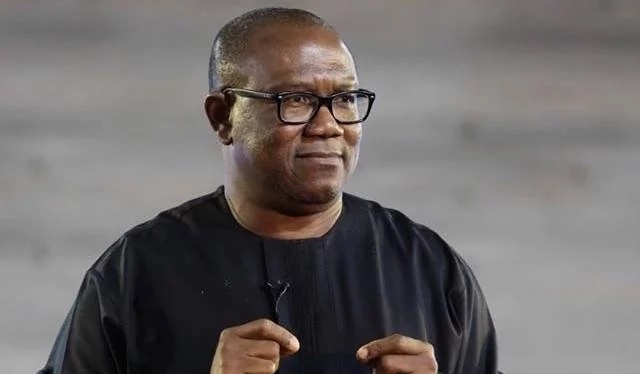 Carefully concealed, though a secret that lies in plain sight to discerning observers, the verbal pugilism over power rotation is never about tackling economic questions, but raw power struggle among elitist politicians. Hypocrisy is their armour. That’s why a politician, or group of politicians that was found kicking ferociously, against the “injustice” of being zoned out from elective office in one election cycle is now waxing lyrical about upholding “justice” through zoning in another election cycle.

After an enlightened chairman of the Northern Elders Forum (NEF); Professor Ango Abdullahi had said: “The issue of zoning or power shift is dead and buried, candidates should be allowed to contest election on the basis of merit of their competence and not where they come from,” the counterattack from his regional opponents was predictable, fierce and threatening.

The Southern and Middle Belt Leaders Forum (SMBLF), was quick to question Ango Abdullahi why zoning was “dead and buried.” The group asked: “Are they now ready to dissolve the country? What has happened that zoning, which has been a sine qua non in the nation’s political progression has now become a “dead and buried” issue, in the irrational contemplations of Ango Abdullahi?”

As you can see from the heated exchange above, zoning or power rotation is a contentious and diversionary political device that does nothing to enhance political stability or national integration. It’s a fallacy to think otherwise. Power rotation is inherently a self-defeating concept.

The revolt, and subsequent secession of the larger ten tribes of Israel from Jerusalem, the capital, happened not because of the fears of ethnic domination or agitations for power rotation. All the twelve tribes had a common ancestry. They had the same officially recognized religion. They all spoke the same language. Political instability under King Solomon in the Bible started brewing because the majority of the poor saw themselves being turned to slaves, disenfranchised and marginalised in their own land. They saw King Solomon and his coterie of high-ranking officers and advisers living in the opulence of wealth and extravagance while the majority of the poor struggled to scratch subsistence living from the land. Mass disenchantment swept through the people. And when King Solomon’s successor showed his lack of inclination to alleviate the people’s burden but rather to tighten it, the people found a champion in Jeroboam who led their successful revolt and secession away from Jerusalem.

If we were able to excuse and accommodate zoning or power rotation when it was introduced through PDP in 1999, supposedly to promote political stability, can it still be tolerated as a useful tool twenty three years down the line, almost a quarter of a century later? Having suffered from the jackboots of military adventurism in governance for many years, Nigerians were then told power was shifting by national consensus to Yoruba South West to assuage the hurt feelings of the zone concerning the annulment of 1993 presidential election, presumably won by M.K.O. Abiola. Alex Ekwueme, Igbo South East, unarguably the Father of zoning and power rotation and Nigeria’s former vice president under the defunct Second Republic, contested and lost to General Olusegun Obasanjo, Yoruba SW, under the PDP’s presidential primaries, one is inclined to think this so-called national consensus on power shift to South West was nothing but a myth. Yet the sheer escapism of believing in myths is easier to tolerate than facing the hard facts of living in Nigeria.

Supply of electricity to homes has collapsed. We have lowered the bar on governance to such an extent that we can’t think of asking our governors why they are unable to provide steady pipe borne water to our homes. Access to sustainable education is shut down to the poor. Access to adequate healthcare is limited to the rich who can pay their way. The real culprits for the disenchantment of youths are the elitist politicians. Terrorists and bandits have taken over our forests. Kidnapping victims in exchange for huge sums of money has become a roaring big business, albeit sordid. In the midst of all this, our public officers seem to be afflicted with some sort of leadership paralysis. It’s no secret that the administration of President Muhammadu Buhari holds the idea of State Police with disdain: the greater shock is that our political elites, including the governors, are not fighting tooth and nail to urgently institute State Police that can decisively fight crimes and tackle insecurity. Nobody in government is taking responsibility for anything. Life in Nigeria has become distinctly Hobbesian: “nasty, brutish, short.”

Read the handwriting on the wall. Zoning is dead and buried. If it’s still kicking and breathing, people like us will administer the final death blow to it! Zoning should be allowed to expire peacefully and buried without fanfare. Zoning is a decoy, a diversionary tactic for our elitist politicians to maintain their powers at the expense of the defenceless poor masses.

Felix Nyerhovwo Jarikre, a leadership consultant and author of the successful book, How to be a Wealth Controller, lives in Lagos, Nigeria. He is the pioneer CEO, Perfect Report, a leadership training group.