Warning: Declaration of SlideshowErrorHandler::log_error($num, $str, $file, $line, $context = NULL) should be compatible with GalleryPlugin::log_error($error = NULL) in /home/elglo/public_html/businessamlive.com/wp-content/plugins/slideshow-gallery/includes/errorhandler.php on line 0
 Petrol landing cost crashes, FG may save N450bn subsidy – Businessamlive
The sharp drop in crude oil prices on the back of the spread of coronavirus has wiped off subsidy on petrol, with the landing cost of the product hitting a record low. 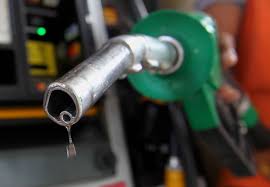 The expected open market price of premium motor spirit, popularly known as petrol, has dropped below the approved pump price of N145 per litre as the landing cost of the product plunged to N123.88 per litre on Thursday.

Going by the latest pricing template from the Petroleum Products Pricing Regulatory Agency, petrol was expected to be sold at N143.25 per litre last Thursday if the price of the product was adjusted to reflect the change in crude oil prices.

The international oil benchmark, Brent crude, has been on a downward trend since the coronavirus broke out in China. It tumbled below the $50 per barrel mark last Friday for the first time in two and a half years from as high as $70 per barrel in January.

The expected open market price of petrol was N182 per litre at the end of last year as Brent, against which Nigeria’s oil is priced, traded around $67 per barrel.

Nigeria, Africa’s largest oil producer, relies largely on importation for petrol and other refined products as its refineries have remained in a state of disrepair for many years. While the diesel and kerosene prices had been deregulated, the government still pay subsidy to make petrol cheaper at the pump.

Zainab Ahmed, finance minister, had, during the public presentation of the 2020 budget details, said a provision of N450bn had been made for under-recovery for petrol, a euphemism for petrol subsidy.

“A provision has been made in the budget for under-recovery for the PMS in the sum of N450bn provided in the fiscal framework. It is under-recovery because it is a cost operation for the NNPC,” Ahmed had said.