Warning: Declaration of SlideshowErrorHandler::log_error($num, $str, $file, $line, $context = NULL) should be compatible with GalleryPlugin::log_error($error = NULL) in /home/elglo/public_html/businessamlive.com/wp-content/plugins/slideshow-gallery/includes/errorhandler.php on line 0
 PIB: Experts hail passage, but warn implementation is key – Businessamlive
The passage of the long-awaited Petroleum Industry Bill (PIB) by the House of Representatives, after about 14 years in the legislature, has been lauded by several experts in downstream petroleum economics, gas value-chain, chartered economics, oil industry operators, and other stakeholders. 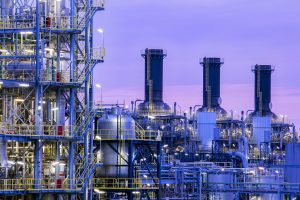 The Bill seeks to establish a framework for the creation of commercially-oriented and profit-driven petroleum entities, to ensure value addition and internationalisation of the petroleum industry, through the creation of efficient and effective governing institutions with clear and separate roles for the petroleum industry.
Originally introduced to the Nigerian National Assembly in December 2008, the bill, with aim to reform the country’s oil industry, has undergone numerous revisions, and has been the subject of intense debate and recrimination across regional and ethnic divides. On 18 July 2012, former President Goodluck Jonathan presented a new version of the PIB to the Seventh session of the National Assembly for consideration and enactment.
Over the years, attempts to establish the Act revealed the guiding forces of local politics. It exposed the limitations of the state’s ambitions, desire and capacity for reform, and it was strong evidence for the regional divisions and social tensions that catalysed resistance against the Bill’s passage under the government of President Goodluck Jonathan, which was accused then, of ethnic bias in favour of the oil-producing areas of the Niger Delta.
According to Chijioke Nwaozuzu, a professor of downstream petroleum economics and current director, Emerald Energy Institute, University of Port Harcourt, the bill’s coming on stream is a welcome development that would usher in fresh investments, commercially-oriented and profit-driven oil sector in Nigeria.
Nwozuzu told Business A.M. in Port Harcourt that the PIB has been long in coming, and has cost Nigeria a lot in lost investment opportunities by oil and gas operators regionally and internationally.
Nigeria, though Africa’s top oil producer, has in recent years seen huge divestment by international oil companies (IOCs). This year, Shell Petroleum, with the largest imprint in Nigeria, announced its divestment from all onshore and shallow water oil facilities. Others: Chevron, ExxonMobil and Agip have at different times reduced their investment stakes in Nigeria; preferring other oil producing countries like Angola, Equatorial Guinea, Uganda, Tanzania, Ghana, Cameroon, among several others.
Friday Udoh, a gas value-chain expert, chief economist at the South-South chapter of the Institute of Chartered Economists of Nigeria (ICEN), who is also pursuing a doctorate in Petroleum Economics, told our correspondent that, though the PIB was long overdue, its final entry was quite laudable.
“I think we shall be seeing the opening up of the country’s oil sector – driven towards private and independent operations – devoid of government interference. The sector actually belongs to the private sector. Government is only meant to create an enabling environment for the operators. We have seen so much of obsolete petroleum operations in Nigeria over the years. Let us move up now to allow those versed in the sector to operate it efficiently and profitably,” Udoh said from his base in Eket, Akwa Ibom State.
However, both Nwaozuzu, Udoh and several experts told this newspaper that: if the PIB is to achieve its worthy objectives, which will undoubtedly benefit the Nigerian oil and gas sector, care must be taken by the National Assembly (the House of Reps and Senate in this regard) to ensure that the federal government’s legitimate interest in seeking a progressive fiscal framework that optimizes revenue for the government, is balanced against the equally important objective of ensuring that the Nigerian oil and gas sector remains attractive to both existing and prospective investors.
In this regard, they urge for full and proper implementation of the PIB, which they describe as key to reaping from liberalizing the sector.
According to these experts, the Nigerian government should do well to reflect and give due regard to the sincere concerns of all stakeholders regarding the potential impact of the fiscal regime proposed under the PIB. Additionally, they advised the federal government to also give careful consideration to the effect the proposed fiscal regime will have on existing contracts, and that it must be ready to engage in good faith negotiations as may be required pursuant to the stabilization provisions of any existing contracts, to counteract the adverse impact of the new fiscal regime.
This, they explained, will be necessary in order to ensure that the government entity, which is the counterparty in the existing contracts, was not at the receiving end of a rash of stabilization claims.