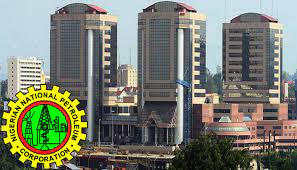 Under the heading, “Pipelines Repairs and Management Cost” in its latest operations report NNPC disclosed that a total of 669 vandalized points were recorded.

The costs show NNPC’s internally incurred expenses which are funded from domestic crude oil sales revenue before such monies are remitted to the Federation Account.

While explaining the pipeline maintenance and management costs in its past audit, NNPC included pipeline vandalism repair cost, pipeline security, and community costs, salaries, and upfront benefits of staff, among others.

“Products theft and vandalism have continued to destroy value and put NNPC at the disadvantaged competitive position,” the report noted.

Nigeria is Africa’s biggest crude oil producer, but for more than a decade the government has been plagued by huge theft and vandalism on oil pipelines and installations within the creeks of the Niger Delta region which houses the nation’s oil exploration base.

A 2019 report by the Nigeria Extractive Industries Transparency Initiative (NEITI) revealed that Nigeria has lost $41.9 billion worth of crude oil and refined products to theft and vandalism since 2009, thus begging the need for the special security task force, oil companies and technical experts to join forces and further push to help curb theft and vandalism within the nation’s oil industry.

There is a need for more focus to be placed on improving response time to incidents, and the government on its part needs to keep up with newer technologies in its war against oil theft and pipeline vandalism