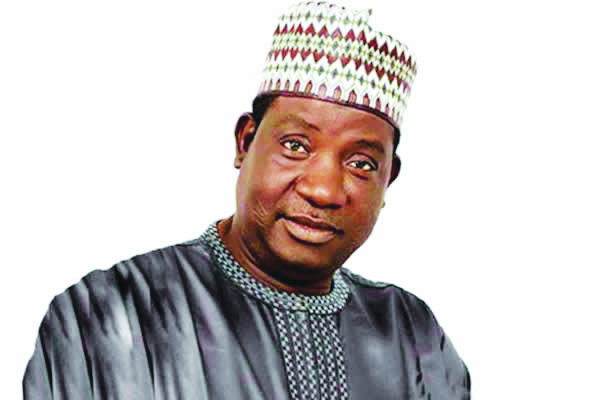 Simon Lalong,  governor of the state, presented the proposed budget to the state house of assembly and said the 2019 budget  will be funded from  internally generated revenue, statutory revenue allocation, NNPC refund,  reimbursement for federal road constructed by state  government and other sources .

According to Lalong, the sum of sixteen billion, nine hundred and seventeen million, seven hundred thousand naira (N16,917,700,000.00) which represents 25.89 percent of the estimate, was allocated to works and transport,

‘To further consolidate on the gains of this administration, great emphasis has been laid on sustainable infrastructural development as indicated in the theme of the budget. The sum has been allocated for the completion of the on-going roads, with the conviction that given available resources they will be completed before the end of our first tenure,’ the governor said.

Lalong while pledging that  this «administration is fully committed to improving the fallen standard of education in the state,» said  the sum of ten billion, four hundred and fourteen million, three hundred and thirty-six thousand, nine hundred and thirty naira (N10,414,336,930.00), representing 15.94 percent of the capital budget, is allocated for the «building and renovation of fifteen secondary schools (five) per senatorial zone, renovation of Government Technical College Bukuru, building and renovation of Science Secondary Schools at Kuru, Mangu and Shendam,» and other educational projects.

The health sector is allocated four billion, six hundred and sixty-three million, nine hundred and forty-two thousand naira (N4,663,942,000.00) representing 7.14 percent of the budget estimate for the  completion and equipping of on-going construction and renovation in all the general and cottage hospitals in the state, as well as Plateau Specialist Hospital, support in the area of malaria and other diseases control with the intervention of World Health Organisation (WHO) and other health projects across the 17 local councils in the state.

Agriculture is allocated the sum of two billion, two hundred and sixty-nine million, five hundred and fifty thousand naira (N2,269,550,000.00)  for agricultural programmes, representing 3.4 percent of the estimate. The programmes include subsidy for procurement of fertilizer, livestock production and resilience support project and establishment and management of ranches.

The governor said that this sum is to enable the administration achieve the  «5-Pillar Policy Thrusts of this Administration which  is dependent on the effectiveness of these sectors as they harness and coordinate human and financial resources for the day-to-day running of the state.»

‘We are also aware that some market forces could defeat the good intention behind salary increase, but we are fully committed to its implementation, once the bill is eventually passed into law. To ensure successful implementation and sustenance, we have made some provisions and articulated a contingency plan under the ‘New Minimum Wage Financing Options’,” he noted.

‘Similarly, as part of our strategic plans for sustainable Human and Infrastructural Growth, and without prejudice to the anticipated increase in statutory allocations to the state from the federation accounts, we intend to upscale our internally generated revenue through levies and rates for social services in accordance with extant laws. We shall improve our investments in productive sectors of the economy to increase our earnings, provide some palliative measures for the citizens, as well as fund some of our development programmes,» he said.