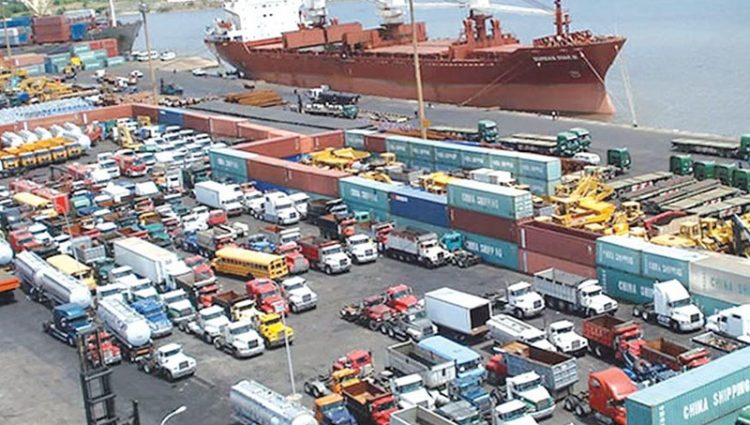 Agents’ Practioners Operation Fees (POF) collections at Nigerian ports could exceed N7.6 billion annually beginning from this year, with fears that the new import charge would lead to increased cost of doing business at the country’s ports.

In the last three years, Nigeria has taken deeper interest in cutting down the cost of doing business in the country and this has been more prominent in the aspect of trading as the cost cut reform is hinged on reduction of shipping and port charges.

However, a new cost element in Nigeria’s international trading has just berthed at the country’s seaports like some hot cargoes. The regulator of freight forwarding profession, the Council for Regulation of Freight Forwarding in Nigeria (CRFFN) will begin collection of the POF levied on imported goods and this has become another source of cost in addition to myriads of cost headings that also include countless surchages and war risks related charges placed on goods coming to Nigeria.

Business a.m investigations revealed that the POF is placed on every cargo coming into Nigeria and must be paid before the cargoes are cleared to the consignee. According to a source who is competent on the matter, the POF charges range from N100 per ton on wet cargo to N1,000 and N2,000 on 20ft and 40ft containers respectively. Importers of vehicles will also pay N1,000 on each car they import and N2,000 on trucks, buses and other big vehicles.

Computations by Business a.m showed that over N7.6 billion will be generated into the federal government coffers from POF, which collection begins earnestly. The amount also represents the element of shipping cost raise, as shippers are expected to pay the charges through their clearing agents and freight forwarders. The computations were based on average volume imports of major goods and showed that while N6.01 billion POF value would be generated from fuel imports alone, at least N1.4 billion and N240 million would be collected as POF on containers and vehicles respectively.

Also with Nigeria’s annual vehicle imports at 240,000 units per year, from NBS figures, the POF on vehicles is expected to reach at least N240 million.

According to Nigerian ports statistics released by the National Bureau of Statistics (NBS), the total number of cars imported through Nigerian ports between 2012 and 2017 stands at 1,216,131, showing an average of 240 units per year. Payment of POF on other types of cargo means more revenue generation for government and most cost from consumers.

CRFFN’s technical partners on the POF collection, SW Global Limited, had announced its readiness to begin collection of the POF, indicating that any freight forwarder who is not registered with the council would not be able to make the payment.

“To pay for POF, you must be an existing and registered freight forwarder with your membership number, such a person must have completed up to date payment of all subscription dues, and must not be indebted to CRFFN in any way,” he stated.

This came after Samuel Nwakohu, registrar of CRFFN, said at sensitisation meeting with freight forwarders in Lagos recently that the council had gotten the last approval from the Ministry of Finance to go ahead with collection of POF at all Nigerian ports, airports and land borders.

The idea of POF was hatched following the desire of government to make all agencies self-reliant with funding. As a way out of the quagmire of over-bloated bureaucracy and excessive spending on recurrent expenditure that have constituted a clog in the wheels of the nation’s progress, the Goodluck Jonathan administration came up with the idea of setting up the Presidential Committee on the Rationalisation and Restructuring of Federal Government Parastatals, Commissions and Agencies, under the leadership of a retired federal civil servant and former Head of Service of the Federation, Stephen Oronsaye, which at the end of its painstaking assignment, recommended the scrapping and merging of 220 out of the existing 541 government agencies and that agencies must become self-funded. The POF was therefore, brought up for the CRFFN, but the idea remained only within the confines of controversy until this month when the Ministry of Transport appeared to have summoned the balls to enforce its collection.

With 65 percent of the POF going to government and to run the council, 35 percent of the gazetted charges is mapped out for freight forwarders trainings and capacity development.

Since the idea of the POF was muted, it has always meet resistance from shippers. Several attempts to begin its collection failed after the promoters failed to galvanise interests of parties involved in the payment and collection of the fee. The latest move to enforce payment of the POF has also been met with criticism from some shipping interests.

“Collection of POF is a fraud and an attempt by government to frustrate the freight forwarding business in Nigeria. Every well meaning Nigerian should wake up and condemn this fraudulent law,” said a shipper who pleaded anonymity.

“If CRFFN needs funds to execute its activities, it should go to those who set it up. As a regulator everywhere in the country, members only pay annual dues. This move is not only exploitative, it will have negative impact on federal government’s (desire for) prompt clearance of goods at the ports. It is not too late for CRFFN to go back on this anti-human policy and listen to the voice of the people,” he added.

However, Uche Increase, national president of National Association of Government Approved Freight Forwarders (NAGAFF) said attention should be shifted from cost to benefit. According to him, with part of the POF forming a pool of training fund for freight forwarders, the industry is at the verge of blossoming due to expected capacity development.

NAGAFF is Nigeria’s largest freight forwarding association and has its members at the CRFFN board.

Increase said, “The POF is like other charges levied by other agencies on cargoes. For instance, the NIMASA collects three percent on every ship tonnage and two percent on cabotage vessels. The NPA also collects similar charges on vessels. These charges are for the running of the agencies. The POF is for running the CRFFN and for capacity development for freight forwarders. The POF will not increase cost. The improved capacity that it will generate will ensure that the freight forwarding industry becomes developed. A developed freight forwarding industry in Nigeria will provide job for millions of citizens and the industry will function with professionalism as seen in developed countries.”

POF would be paid by freight forwarders and customs clearing agents on behalf of their client — the importers.

NAGAFF’s rival group, the Association of Licensed Customs Clearing Agents (ANLCA) is the oldest and largest association of customs agents, but currently suffers internal politics that has put a question mark on the eligibility of its members at the CRFFN, despite having emerged from an election. Its president, Tony Iju Nwabunike has yet to comment on the intention of the Nigerian government to begin POF collection.

“I am yet to make any policy statement on POF,” he said, while responding to business a.m inquiries on the matter.

Mike Nwakohu, registrar of the CRFFN said that payment of the POF would help Nigeria build real capacity for effective participation in the African Continental Free Trade Agreement (AfCFTA), adding that “there is need for Nigeria to compete effectively on the global platform.”

“The POF is a win win for the government and the practitioners with the promise of organised collective action against the numerous threats including foreign intrusion and dominance and near absence of local content participation in oil and gas services,” he said.