A solution to the decades’ old problems bordering on the welfare of the rank and file of the Nigeria Police Force appears not to be too far from Nigerian state managers, including the Presidency, led by President Muhammadu Buhari, and his finance minister, Zainab Ahmed, Business A.M. learnt over the weekend. 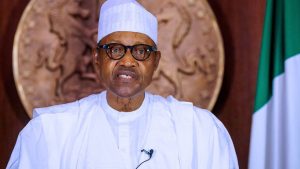 Sources familiar with the situation are of the view that beyond poor salaries paid to the members of the force, which turns many police men and women sent out on duty across the country against citizens in the form of extortion, the pension arrangements for officers and men are severely distorted and do not offer much to look forward to.

We have also learnt that there are major outstanding issues that are yet to be resolved after an attempt was made administratively to solve the problem of welfare for the Police. We learnt that a tripartite meeting that involved pension industry regulator, National Pension Commission (PenCom), the leadership of the Nigeria Police Force and the pension fund administrator (PFA), reached an agreement on how to solve the matter and the Inspector General of Police took same to the Presidency via a letter that was duly acknowledged by the late chief of staff to the President, Abba Kyari.

We understand that the late chief of staff, apparently trying to work on the agreement, had referred the letter back to PenCom asking its chief executive to confirm it but that nothing was heard thereafter before Kyari died.

It is instructive that this had happened long before the #EndSARS protests across many parts of the country, in which youths protested against police brutality that is often the fallout of underpaid, under-welfared and under-cared for policemen and women, who then go on to try to extort their fellow citizens, brutalising them in some instances when they resist.

A financial analyst told Business A.M. that as he understands the matter, if efforts are made to clear up the issue of pension, it would give hope to the rank and file of the Police Force. “It is something that offers peace of mind if you know that at the end of service to your country that your pension would be enough and secured to take care of you in your retirement,” he said.

Business A.M. understands that two outstanding issues from the tripartite agreement involving PenCom, the Police Hierarchy and the PFAs are that were not resolved before Kyari died are:

• Approval and payment of gratuity to retiring personnel at the rate of 300 per cent of an officer’s last annual gross salary; and

• Recognition and treatment of retired Police Officers on the ranks of Assistant Inspector General (AIG) and above as Public Office holders who retire with their full benefits like Permanent Secretaries.

We also understand the attempt to solve the welfare of the police through this means was an administrative solution granted by the president and it has baffled the police authorities why the Presidency has sat on what should be a straight forward matter.

The reason for this suggestion was that with the Police historically on low salaries, their pension was permanently going to be low, hence the need to shore up what they can have access to upon retirement.

Those who are in the know say the benefit of the police is actually very poor as it is presently constituted and that even a Commissioner of Police could retire and find that he is on N10,000 a month as pension; enough reason for why many of them would rather be on the take while in service, concluded one sociologist.

There are three layers of Police pension matters, Business A.M. gathered while working on this story. The layers are:

• Police officers who retired prior to the commencement of Pension Reform Act (PRA) 2004: handled by Pension Transitional Arrangement Department (PTAD)

• Officers who retired prior to the establishment of NPFPL: handled by other PFAs

A source familiar with the situation said a number of agreements with the signature and the official seal of the President of Nigeria have been astonishingly ignored at the Presidency and the Inspector General of Police has found it difficult to make headway on this matter.

For instance, Business A.M. has learnt that the Federal Government is owing arrears of pension and that when a decision had been made and signed off that would make Nigeria police men and women look forward to retirement with peace of mind, senior government officials that go as high as the Presidency, have looked away and treated the matter with contempt.

There is also the matter of accrued rights that are outstanding. Besides, we learnt that since November 2019, no pension has been received and that agreement reached for payment to be made are not being supported during the budgeting process.

The hierarchy of the Police, we understand, have written at least five letters to the Presidency on this matter without any positive feedback.