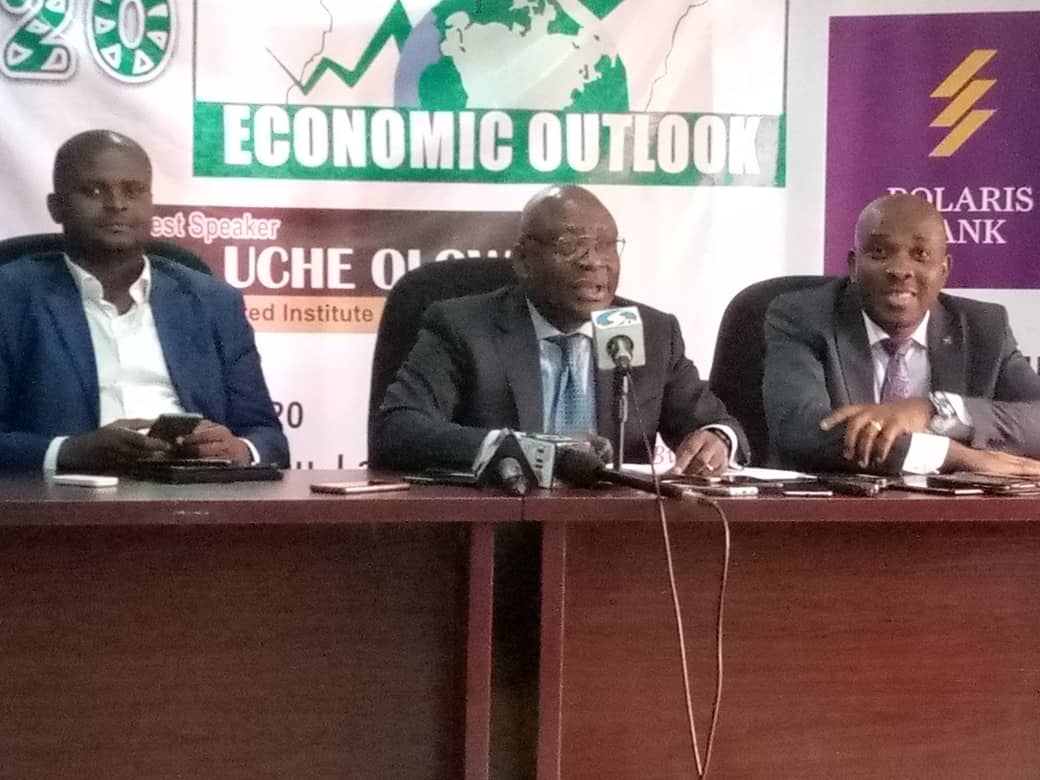 Achieving a 2.93 percent growth rate in Nigeria’s economy for the year 2020 as proposed in the budget, is not un-attainable. However if the country will grow at such a pace or even faster, Uche Olowu, president of the Chartered Institute of  Bankers of Nigeria (CIBN), said there must be a change in the negative attitude Nigerians exhibit towards accessing credit.

He expects that economic growth is likely to hover between 3.6 to 4 percent in 2020 as a result of increased consumer spending spurred obviously by the minimum wage implementation.

He also expects benchmark interest rates to remain unchanged or reduce marginally. He sees the infrastructural development taking place in terms of road and rail networks particularly the Lagos- Ibadan axis acting as a catalyst for galvanised growth in the real estate sector, which will in turn develop other sectors of the economy, to all contribute to economic growth.

But the CIBN president while speaking to finance correspondents in Lagos on Thursday disclosed that the borrowing culture in the country is so bad. “People collect money and do Owambe- (a local parlance for frivolous parties).

He noted that while making sure credit availability to the real sector plays a major role in improving economic growth, banks are now being forced to unleash “brain power” in dealing with the issues of poor policies and citizen attitude that lead to delinquent loans.

For instance First Bank in December made public a list of 132 delinquent debtors with some loan expiry dating as far back as 2009. Some delinquent loans were in double digit billions of Nigerian naira while the lowest was N55 million.

Olowu expressed confidence in a recent policy of the Central Bank of Nigeria which prohibits any loan defaulter from one bank to get a loan from another bank. He said this is a major development in the sector and it will definitely help curtail loan losses.

Speaking on identity management as one of the biggest deterrent to credit accessibility, Olowu explained that plans are steadily underway to widen the Bank Verification Number (BVN) target at the retail level for better economic inclusion.

He insists that credit availability and accessibility are paramount to growth as no nation can improve without it. Overall, Olowu strongly advocated for human capital development in the country as well as infrastructural development. According to him, informed minds, is tantamount to creativity, and with creativity development can begin to occur.

Hinting on some of the niche areas that banks are now focusing on, Olowu mentioned such as  Agric, Creative Industry, Telecoms, Fintech and Technology. He said these sectors hold huge opportunities where assets (credit facilities) can be deployed.