Port Harcourt Electricity Distribution Company (PHED), which holds the franchise to service AkwaIbom, Bayelsa, Cross River and Rivers states, has said that it would meter customers in the aforementioned states in phases. 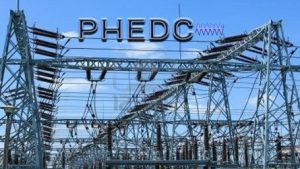 The company made this known after it took delivery of just 77,000 prepaid meters supplied by the Federal Government under the National Mass Metering Programme, an amount that is well short of demand requirement.

According to the PHED, the number was grossly insufficient to distribute to its franchise areas, when compared to demand, thus its decision to install the metres based on feeders.

“I don’t understand why anybody would say we are distributing the meters unevenly. We are metering feeder-wise, meaning that when we target a particular feeder, we meter only those on that feeder, before moving to another.

“So, if you are living in one street that is not on the feeder we are metering, you will not be metered at that particular time and that is why people might say it is uneven.

“The reason we are doing that is because of apportioned meters for every state in our franchise area; AkwaIbom, Bayelsa, Cross River and Rivers states. So we can’t give all our metres to just one, for example Rivers State,” she explained.

PHED was responding to complaints by residents in Rivers State who called for prepaid meters to be quickly installed for them, as the existing estimated billing system by electricity distribution companies was fraudulent and a huge burden to bear.

Late last year, PHED flagged off the distribution of about one million pre-paid meters to customers within its jurisdiction to close the metering gap of over 851,000 the company has to attend to, in a bid to achieve the federal government’s national mass metering programme and also bring about the efficiency of revenue collection, which will enable them to meet their obligatory demands towards upstream market participants.