The Nigerian Ports Authority NPA has apologized to importers, exporters and other port users for their losses, following a two-day strike embarked upon by dockworkers under the aegis of by Maritime Workers Union of Nigeria (MWUN) in all the ports across the country. 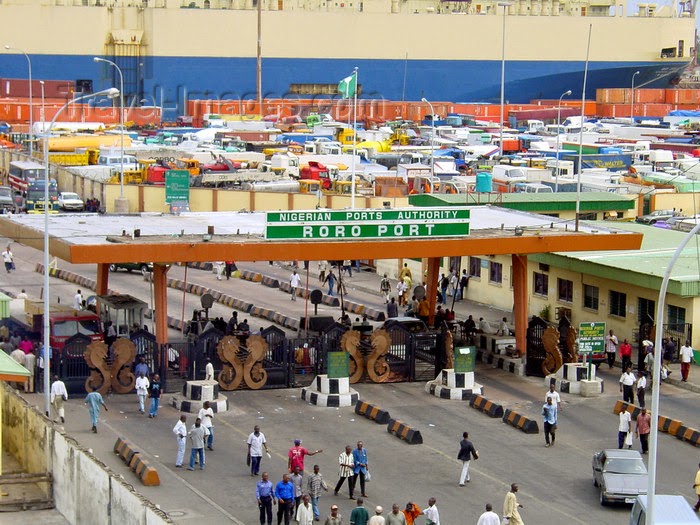 The Lagos Chamber of Commerce estimates that the strike led to N100 billion loss to the country and its businessmen.
The strike was called off on Friday.
However, the NPA has assured stakeholders and other providers and users of port services that it would leave no stone unturned in ensuring such breakdown of port activities will not repeat.
“The management of NPA regrets all inconveniences the strike might have caused port users and other stakeholders. We however promise to ensure that issues that led to the strike are resolved soonest in the national interest and further enhance its mandate to always deliver efficient services for customer satisfaction,” said Jatto Adams, the port authority’s general manager for Corporate and Strategic Communications in a statement weekend.
Meanwhile MWUN had in a statement signed by its President General, Adewale Adeyanju and the Secretary General; Felix Akingboye respectively, said it decided to suspend the strike to pave way for discussions and negotiations with concerned stakeholders.
According to him, the strike was suspended pending the outcome of the meeting scheduled to take place next week between the managements of NPA, the Nigerian Maritime Administration and Safety Agency NIMASA, the Nigerian Shippers Council NSC, the Nigerian National Petroleum Corporation NNPC and the International Oil Companies IOCs, with the leadership of union.
The union had acknowledged the adverse effect the strike had on the economy, even as it stressed that it has concern for major stakeholders who are not in any way involved in the actions of the IOCs, which led to the strike in the first place.
The statement said: “We have noted the grave concerns raised by some major stakeholders in the industry who are not in any way involved in the reason the union embarked on the strike action, which adversely affected their operations.
“However, arising from the intervention of the Permanent Secretaries, Federal Ministries of Transport, Federal Ministry of Labour and Employment, some notable stakeholders especially, the Managing Director of NPA Hadiza Bala Usman and her management team, the managements of NIMASA, led by the Director General, Dr. Dakuku Peterside, the CEO of Shippers Council, Hassan Bello and chairman of Seaport Terminal Operators Association of Nigeria STOAN Princess Vicky Haastrup”. “We have decided to suspend the strike action pending the outcome of the meeting scheduled to take place next week between the managements of NPA, NIMASA, NSC, NNPC and the IOCs with the leadership of the union.
“We wish to appreciate the timely intervention of the leadership of Nigerian Labour Congress led by Dr. Ayuba Waba.We also use this opportunity to thank our sister Unions namely COMTUA, ANLCA, NAGAFF and all members of MWUN for their solid support/solidarity whilst the action lasted”.