With the take-off of the African Continental Free Trade Area, the world has just been introduced to one of the largest free trade areas since the establishment of the World Trade Organisation (WTO) in 1994, that promises to connect 1.3 billion people and harness $3.4 trillion in gross domestic products (GDP). Yet, it will be down to individual African countries to position themselves to take advantage of this new AfCFTA emergence. Each country will have to look at where it finds relative competitive advantage to play in the Free Trade Area. Nigeria has been focusing on agriculture as a way of diversifying its economy away from decades of dependence on oil, and so this offers an opportunity to push harder on this. In this piece, ONOME AMUGE takes a look at how the country can position agriculture as a financial stronghold in its AfCFTA play.

ARECENTLY RELEASED PROJECTION FROM THE United Nations Children’s Fund (UNICEF) warned that about 10.4 million children, basically in six African countries, Nigeria, Democratic Republic of Congo (DRC), Burkina Faso, Mali, Niger, South Sudan, are in danger of starvation. The projection also indicated that no fewer than 800,000 children will suffer acute malnutrition in the northeast of Nigeria with about 300,000 at risk of imminent death in 2021. 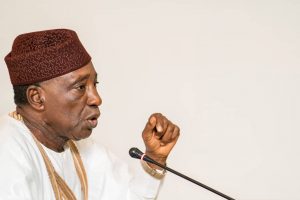 The international aid agency, while expressing its concerns for the health and survival of the over 10 million ill-fated children, noted that the impact of the covid-19 pandemic, insecurity, limited access to health services and basically, food shortages, are among the contributory factors to the worrisome situation.

On a similar ground, reports by economic analysts show that though Africa is characterised by rapid growth of both its cities and population, the continent is grappling with persistent poverty challenges, while Nigeria, the continent’s most populous nation, is being tagged the world’s poverty capital, having surpassed India as the country with the highest number of poverty-stricken people in the world, a report confirmed by the National Bureau of Statistics (NBS), showing that about 82.49 million Nigerians, approximately 40.1 per cent of the country’s total population live below the poverty line.

The continent’s rapid population growth and poverty level, according to UNICEF implies an increase in food demand which, if not catered for, would lead to looming levels of malnutrition.

This perturbing situation brings to fore a realisation that the second most populated continent after Asia, is grappling to sustain its food production and battling a food crisis which is increasing in both frequency and severity. This, according to reports, can largely be attributed to climate change, poor technology, ineffective agricultural schemes, poor transportation infrastructure, inefficient institutions to promote redistribution and trade facilitation, inadequate funding, a lack of expertise, among others.

Taking into account these factors and other dynamics, it can be deduced that there is a crucial need not only for an increase in sustainable food supply and food security, but also efficient measures to ensure that food is effectively distributed to deprived economic regions.

According to the Egyptian economist, to overcome the difficulties in agricultural production, exports and bottlenecks associated with small and segmented markets, Africa countries are leaning on regional trade areas as an important strategy to expand production and inter-regional exports in the quest to attain sustainable growth and development in the continent.

Commenting on the issues of food sustainability in Africa, Wamkele Mene, secretary general, African Continental Free Trade Area (AfCFTA), disclosed that it is within this broad context that African leaders have decided to look for internal ways to address the continent’s perennial challenges of poverty and inequality at the continental level by signing the African Continental Free Trade Agreement (AfCFTA).

Mene assured that the trade pact, envisaged as one of the world’s largest free trade zones, since the establishment of the World Trade Organisation (WTO) in 1994, if fully implemented, could boost regional income by $450 billion, speed up wage growth for women, and lift 30 million Africans out of extreme poverty by 2035.

AfCFTA, he said, is set to address food security issues in the continent by stimulating intra-trade among African countries thereby ensuring redistribution of agricultural produce from surplus to deficit regions.

The pact, according to the Mene, connects 1.3 billion people across 55 countries with a combined gross domestic product (GDP) valued at $3.4 trillion. Agricultural employment would increase in 60 per cent of countries

In reaction to the continental trade agreement plan, Muhammad Nanono, minister of agriculture and rural development, asserted that Nigeria’s strength in agriculture is her strongest power to massively benefit from AfCTFA. According to the minister, Nigeria’s possession of over 92 million hectares of fertile and cultivable land, a favourable climate condition, an abundant and resilient workforce, puts the country at an advantage of being the biggest beneficiary in the trade relationship that spans across 52 other African countries.

Challenges of AfCFTA in Nigerian agriculture

Despite the numerous benefits the AfCFTA deal is expected to offer, Infomineo, an international research outsourcing provider, has stated that not all the member countries would benefit equally from the free trade agreement. With expected average GDP growth projected to be around one per cent, some countries are expected to grow over 3 per cent, while some others are expected to contract.

Legborsi Naiwbu of the Nigeria Private Sector Alliance, a multi-sector stakeholder platform, is of the view that Nigeria still lacks proficiency in its export of agricultural produce. Smallholder farmers, he noted, are constrained from investing in quality seeds and equipment while the handling of produce after harvesting is also problematic, leading to losses, undermining crop quality and limiting the chances of successful export and as a result, dampening Nigeria’s production capacity, therefore, puncturing the AfCFTA goal.

The group noted that if these derailing factors are not effectively addressed, it would generate a negative impact on Nigeria as other African countries are likely to get attracted to countries with more favourable investment environments leaving Nigeria’s already struggling agriculture sector with a whole new set of challenges.

It added that connecting infrastructure is essential for AfCFTA to thrive and partnering countries need the critical infrastructure that will reduce business costs and enhance movement of agriculture products across borders, which includes having efficient rail and road transport systems, reduced energy costs, air freight and silos for grain storage, basic necessities Nigeria lacks.

The inadequacy of these physical infrastructures, the group stated, is a stumbling block to Nigerian farmers, agriculture stakeholders and the populace in general as it would hinder Nigeria from fully enjoying the economic benefits expected from the AfCFTA deal.

For Nigeria to ensure maximum benefits of the AfCFTA in the agricultural sector and improve agriculture output as well, the NESG, in its policy briefing, highlighted the following recommendations:

• A crucial need for the government to identify key agriculture and agro-processing commodities that Nigeria can build competitive advantages in, over the medium to long term and summon the political commitment to implement business support reforms.

• Proper monitoring, enforcement and prioritising of standards for agricultural produce by government agencies such as the Standard Organisation of Nigeria (SON), National Food and Drug Administration and Control (NAFDAC), Nigerian Agricultural  Quarantine Service (NAQS), among others, to ensure for quality and healthy food standards for both locally made and imported food products.

• Urgent coordination and collaboration between and among government ministries, departments and agencies (MDAs), both at the federal and state level and the private sector to address key policy challenges in the agricultural sector and promote export. More so, the federal government should constantly involve and engage the private sector, academia and business member organisations in all its AfCFTA negotiation deals and processes to ensure their views and concerns are considered and addressed as it is imperative in understanding the technicalities involved and negotiating a better deal for the country.

Adamu Jubrila, an economic analyst, Adamawa State University, in a research work titled, “African Continental Free Trade Area and Its Implications for Nigeria: A Policy Perspective”, suggested that Nigeria should develop the agricultural sector by encouraging commercial farming and investing in commodities needed by industries in other parts of the continent. Agricultural processing and value additions, he stated, are vital for the country to maximise the benefits of the continental free trade deal.

Jubrila also advanced the necessity of tackling insecurity objectively as it has proved to be one of the major problems that scare away not only foreigners but also domestic investors in the agricultural sector.

On his part, Hemense Orkar, vice president, commercials, APEX Commodities, said infrastructure and technology are basic aspects the country has to focus on to bolster the agricultural sector towards making it a remarkable investment in the AfCFTA deal.