The COVID-19 pandemic has highlighted the need for a developed digital landscape in Africa. With many governments instituting shutdowns and physical distancing measures during the height of the pandemic, the importance of connectivity and a structured digital economy was brought to fore.

Although telcos in subSaharan Africa generally rose to the occasion and took on the challenge of providing connectivity during the pandemic notwithstanding the increased network demands and consumption patterns, it still remains a challenge that about 800 million people in sub-Saharan Africa still remain unconnected to mobile internet, and in essence, the digital economy, demonstrating the importance of the need to get more Africans connected.

However, a new report by GSM Association (GSMA) has shown that it is not all gloom for the mobile economy in sub-Saharan Africa as it shed light on the growth recorded in the sector. 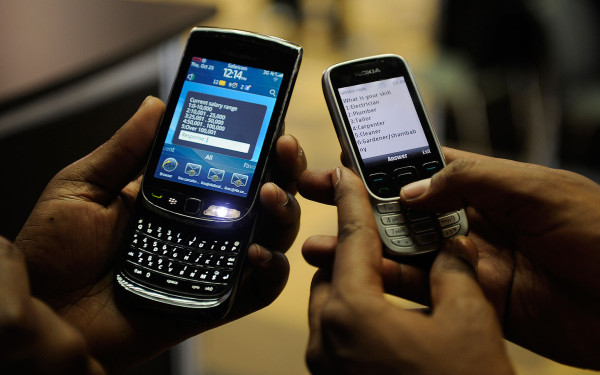 According to the report, 477 million of sub-Saharan Africans are subscribed to mobile services. This means that about 45percent of the total population is connected to the mobile market. Also worthy of note is the fact that GSMA predicts that mobile service subscriptions will hit the half-billion mark as early as 2021, and also double to hit one billion subscriptions in 2024.

GSMA says at that rate sub-Sahara Africa will achieve 50 per cent subscriber penetration in 2025. Infrastructure investment will play a role The GSMA report states that the projected achievements will only be reached if telcos and other operators continue to invest in network infrastructure in the region. Thankfully, it looks like players in the sector are looking to continue investing in infrastructure. According to the report, mobile operators will invest $53 billion in infrastructure between now and 2025, notwithstanding the adverse effects of the COVID-19 pandemic.

Smartphone adoption on the rise

According to the report, the continent will achieve a smartphone adoption rate of 65 percent in 2025, predicting that the number of smartphone connections in the region will reach 678 million in 2025. Industry GDP contribution to reach $184bn in 2024 According to GSMA, the mobile sector’s contribution to GDP in sub-Saharan Africa is projected to hit $184 billion as more countries in the region will continue to benefit from improved productivity and efficiency underpinned by the increased adoption of mobile services.

The report points to the contribution of mobile technologies to the GDP of the region with the sector adding an economic value of more than $155 million. It also noted that mobile accounted for about 3.8 million direct and indirect jobs in 2019. Additionally, the mobile industry has added value in terms of driving social impact in the region.

Mobile operators have collaborated with governments and organisations to ameliorate the effect of COVID-19 on citizens in the region. From discounts on tariffs to free access for educational and health websites, mobile technology service providers have been at the forefront of providing succour and alleviations for the most vulnerable in society.

According to GSMA data, about half a billion people will be using mobile internet services in sub-Saharan Africa. According to the report, a vast majority of the mobile internet users will be from Nigeria and Ethiopia with Nigeria projected to clearly lead the way.

The rest of sub-Saharan Africa will account for 185 million mobile internet subscriptions. Mobile data consumption to quadruple by 2025 The report states that mobile data consumption in sub-Saharan Africa will quadruple from 16GB per subscriber per month in 2020 to 7.1GB per subscriber per month in 2025. According to the report, growing smartphone adoption in the region, as well as increased availability of more affordable high-speed services, will drive the growth in data consumption.

Mobile streaming on the rise

Spurred on by a growing adoption of mobile internet services and smartphones coupled with a growing youth population and local content availability, the media and entertainment (M&E) sector in sub-Saharan Africa is showing signs of digital disruption that is spurring growth in the sector. Mobile service operators have bought into the trend by partnering with content creators and providers to provide online streaming services.

On one hand, the lockdowns spiked the demand for data consumption and also underlined the need for connectivity, thereby driving up revenue for telcos, but on the other hand, telcos also played supportive roles in the response to the COVID-19 pandemic in the region, providing discounts, data waivers for health sites and other transaction fee waivers, meaning that the telcos also lost revenue.

But notw ithstanding these effects, GSMA predicts that the revenue of the mobile sector will continue to grow in the region. Although the revenue generated in the sector has dipped in 2020 with the sector making $43.9 billion compared to the $44.3 billion it made in 2019, it is expected to climb back to $44.3 billion 2021, grow to $45.2 billion in 2022 and grow to $46.2 billion, $47.4 billion and $48.7 billion in 2023, 2024 and 2025 respectively. GSMA pinpoints the rising adoption of 4G devices and mobile money as the primary drivers of the revenue growth in the medium to long-term outlook of the mobile economy.

Beyond connectivity, digital payments and other financial services are providing an alternative for telcos to innovate. According to the research, mobile money is providing many telecoms operators with an opportunity to diversify operations and indeed revenue. The East African market remains the most matured mobile money market, accounting for more than half of the registered mobile money accounts in subSaharan Africa.

E-commerce is another opportunity where telcos can innovate with digital payments especially due to changing buyer behaviour. In a recent survey by Vida as many as 71 percent of respondents in Nigeria stated that they bought groceries online for the first time ever due to the COVID-19 pandemic. Sixty-four percent of respondents from South Africa said the same thing. Additionally, Jumia, an e-commerce giant in Africa also noted that sellers on its platforms reported increased demands as the COVID-19 pandemic presented e-commerce as a strong alternative to traditional markets.

Therefore, as e-commerce and online shopping gain more momentum in the sub-Saharan African region, telcos and other mobile operators will have the opportunity of providing digital payments services as an alternative to cash payments.