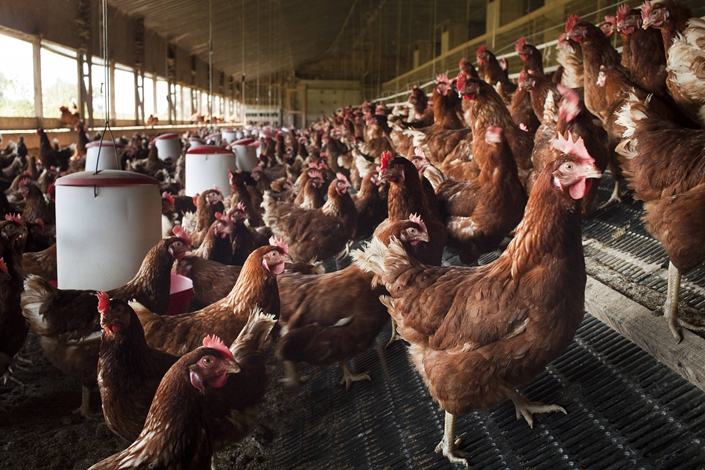 Poultry farmers in Nigeria face a whopping N3 trillion loss, as the federal government begin to effect restrictions on movement across the country.

Ezekiel Ibrahim, president of the Poultry Association of Nigeria (PAN), Borno State chapter said N3 trillion would be lost if businesses and vehicular movements across the country are shut down as planned to curtail the spread of COVID-19.

He said this at the weekend at a press conference in Maiduguri, Borno State capital.

According to Ibrahim, the precautionary measures taken by the government to flatten the curve of the spread of the virus is a welcome initiative but warned that it would be a major threat to the country’s food security drive and sustainability of the economy.

He, therefore, urged the government to exclude the movement of vehicles conveying poultry products like day old chicks, meats, eggs, poultry feeds and drugs as these are essentials in making sure that Nigerians are continuously provided with protein in their meals during this period.

He said, “At the moment, we are facing the most difficult period of our national lives with the outbreak of COVID-19. We should however thank God for giving President Muhammadu Buhari the wisdom to initiate the policy of producing locally what we eat without which the food security of the country could have been threatened.

“We imagine what the situation could have been today if we were to rely on import of basic food items when the major source of our revenue that is petroleum products have recorded setbacks at this period that the entire world system is in chaos, confusion and epidemic.

“While the above is considered as very urgent and utmost for the continued supplies of protein to Nigerians, we implore government to also grant some palliatives to egg and day old chick producers who are unable to sell commodities as a result of the lock down.”

He warned that hunger will persist in the country if the government fails to urgently address the myriads of challenges facing food security in the country.

“The number of hungry Nigerians keeps increasing by the day. This includes other factors such as low food production, increasing population, herders crises, insecurity and post harvest losses,” he said.

Naira and Inflation in focus