The pound sterling and the European common currency, the euro, both gave up gains against the US dollar as trading got under way in New York Wednesday, according to the Financial Times. 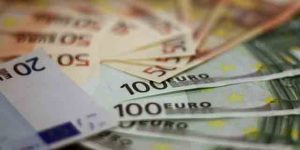 The gains against the buck earlier in the day had left the dollar index poised for its first fall in six days; however, it was up 0.09 per cent in recent trade.

The FT reported that both currencies have been disrupted by a clutch of idiosyncratic issues. For the pound, investors are keenly focused on headlines on the progress of Brexit, with the March 29, 2019 deadline looming ever closer.

It said traders were also keeping close tabs on a speech by the Tory party leader and prime minister, Theresa May, given at the Conservative party conference.

In the eurozone, a bout of concerns over Italy’s budget plans as well as a potential confrontation with the EU has sparked jitters about the euro.

On the other side of the trades, the dollar has been boosted by broad strength in the American economy and expectations for further rate rises from the Federal Reserve during a time when prices and wages are growing at a more vigorous clip.