The Petroleum Products Marketing Company (PPMC), a subsidiary of Nigerian National Petroleum Company (NNPC) Limited sold a total of 1.544 billion litres of petroleum products for ₦203.73 billion in the month of July 2021, a report reviewing the activities of the state-owned oil giant for the period, known as NNPC Monthly Financial and Operations Report (MFOR), has revealed. 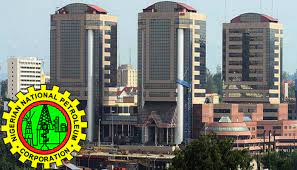 The report also showed that national gas production for the month of July printed 232.69 billion cubic feet (BCF), representing a rise of 3.99 percent when compared with the output of June; with the report stating that average daily production stood at 7,502.28mmscfd in July.

NNPC Limited said in a statement signed by Garba Deen Muhammad, group general manager, group public affairs division, that the 72nd edition of the MFOR report, which captured the July activities, also revealed that total revenues generated from the sales of white products for the period July 2020 to July 2021 stood at over ₦2.563 trillion and that PMS contributed about 99.67 percent of the total sales.
Providing further details, the report stated that of the total 1.544 billion litres of petroleum products sold and distributed by the PPMC for the month under review, PMS accounted for 99 percent.
Disclosing the performance for a year to July 2021, the report stated that sale of petroleum products for the period July 2020 to July 2021 stood at 19.535 billion litres with PMS or petrol accounting for 99.73 percent of total volume.
Other activities captured include a 5.23 percentage increase in the average daily gas supply to power plants  for the one period of July, 2021, which stood at 759 million standard cubic feet of gas per day (MMSCFD), equivalent to power generation of 3,250MW against the June 2021 figure of 721mmscfd to generate 3,181MW.
Garba Deen Mohammed in the NNPC statement disclosed that while  national gas production in July 2021 increased by 3.99 percent at 232.69 billion cubic feet (BCF) compared to the output in June, “for the period July 2020 to July 2021, a total of 2,891.53BCF of gas was produced, representing an average daily production of 7,305.43mmscfd.”
The production of gas through its three channels, according to the report, showed that period-to-date, joint ventures (JVs), production sharing contracts (PSCs) and NPDC contributed about 58.67 percent, 20.45 percent and 20.89 percent, respectively, to the total national gas production.
Reporting on the downstream sector, Deen Muhammad, said to ensure sustained increase and effective distribution of petroleum products, especially premium motor spirit (PMS), across the country, the NNPC embarked on a diligent monitoring of the daily stock of petrol to achieve success in this regard.
Capturing the vandalization of pipelines in July 2021, the MFOR reported a reduction as it noted that 42 pipeline points were vandalized, a 10.64 percent decrease from the 47 points recorded in June 2021.
According to the report, in the month under review, Port Harcourt area accounted for 40 percent and Mosimi area accounted for 60 percent of the vandalized points.
Upstream, the report stated, NNPC Limited recorded a total export receipt of $191.26 million in July, compared to $188.00 million in June.
It added that receipts from crude oil amounted to $12.95 million, while gas and miscellaneous receipts stood at $78.69 million and $99.61 million, respectively.
Total crude oil and gas export receipt for the period July 2020 to July 2021 stood at $1.73 billion, the MFOR for July stated.
Businessamlive Website Stats