President Muhammadu Buhari has approved the extension of the deadline for mobile phone users to link their national identification number (NIN) to their phones’ SIM card record. 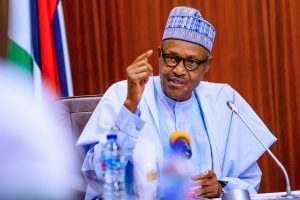 The Association of Licensed Telecommunication Operators of Nigeria (ALTON) confirmed the extension of the deadline, which will now end by the end of the first week in February.

According to the body of licenced telecoms operators in Nigeria, the extension will help the effort to create a credible national identity database for the country. “To ensure that we utilise the extension period judiciously, we urge all telecom subscribers who have a NIN to link it to their SIM Cards through available channels as soon as possible,” ALTON stated.

Earlier, the federal government said the (NIN) linkage is used to tie together all records about individual’s demographic data, fingerprints, head-to-shoulder facial picture, other biometric data and digital signature in the National Identity Database, making it relatively easy to confirm and verify an individual’s identity when he or she engages.

Recall that the federal government of Nigeria, through the Nigerian Communications Commission (NCC), in December 2020, directed telecommunications operators to deactivate all SIM cards not registered with NIN by the end of 2020. But after several outcries by the public over the short deadline issued, it was further extended, with the advice that subscribers with NIN are expected to link it with their SIM records before January 19, while those that are unable to get the NIN will be given till February 9 to get it and update their records.

At a time when the global economy is grappling with overcoming the second wave of the covid-19 pandemic, the Nigerian government ordered mass registration and linking of citizens’ NIN with their SIM cards. The directive forced millions of Nigerians to rush to NIN registration centres to register, thus posing serious health risks, especially with the country battling a second wave of the COVID-19 pandemic. While the extension could ease the tension a little, many had expected a full suspension and for government to find a better, safer way of getting phone users to link their NIN to the SIM cards records.