Pressure is mounting from many quarters on Nigeria’s President Muhammadu Buhari to shake off his inaction over the massive crude oil theft that has all but crippled the country’s oil industry and jeopardised its major revenue source.

On Monday, a forum of former foreign affairs ministers and diplomats under the aegis of the Academy of International Affairs lent its voice to the growing demand for Buhari to set up a judicial board of inquiry to investigate and address the root cause of crude oil theft and fuel subsidy scandal in the country. 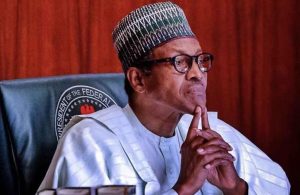 The call by the forum of former foreign affairs ministers and diplomats is coming weeks after Edwin Clark, a former Federal Commissioner for Information and prominent leader of the oil-producing Niger Delta, urged the president to urgently set up a judicial inquiry to investigate the high level of crude oil theft in the region.

Clark’s admonition followed the discovery of a 4km illegal oil pipeline delivering crude to rogue vessels to a platform on the high seas.

Socio-Economic Rights and Accountability Project (SERAP), a civil society organisation, had also recently called on President Buhari to set up a presidential panel of enquiry to investigate the operations of illegal oil pipelines from 2001 to date and to widely publish the names of anyone suspected to be involved. It asked the president to order appropriate anti-corruption agencies to prosecute anyone suspected to be responsible for the plundering of the country’s oil wealth and ensure the full recovery of any proceeds of crime.

Now the Academy of International Affairs has added its voice, asking Buhari to “institute a Judicial Board of Inquiry on oil theft in Nigeria, covering crude oil and petroleum products, the unending turn around maintenance of refineries and other petroleum”.

The academy, after careful observation, described as a big shame the federal government’s decision to award pipeline surveillance contract to Tantita Security Services Limited, a private company owned by Government Ekpemupolo (a.k.a Tompolo), a former leader of the Movement for the Emancipation of the Niger Delta (MEND).

In a statement by Bolaji Akinyemi, its president and a former minister of external affairs, the academy said it was an exercise in futility “to ask some of those suspects involved in this scandal to go round in search of illegal pipelines and oil criminals”.

Given the antecedents of such private interests in insurgency and militancy in the Niger Delta, the academy claimed that Tompolo’s Tantita Security Services Limited would only present a watered down report that would absolve them from any blame.

It also observed that the opaque subsidy regime on oil imports and the volume of daily consumption of the same had equally become yet another scandal in Nigeria, which even the Controller General of Customs, had called attention to.

On these grounds,  the academy implored the minister of Petroleum Resources, who is also the President of the Federal Republic of Nigeria, to attend to the urgent need for collective global action on the unwholesome trend which has gone on for too long.

It justified the institution of judicial commission of inquiry on the need “to unearth the causes of oil thefts, prosecute the culprits and put an end to the scandals to rekindle Nigeria’s enviable position in the world oil market and provide substantial revenues for the country”.

“It is also disheartening to learn that illegal oil bunkering has been going on for a long time under the watch of government officials including many of the security personnel that are charged with guarding the most vital source of revenue earnings of this country,” the academy said.

It alleged that some foreign oil companies whose pipelines had been tapped and vandalised between their production fields to their export terminals had also been involved in the oil scandals.

The academy claimed that such oil multinationals often connived with the criminals by keeping mute as the Nigerian oil “is being illegally bunkered and shipped away for sale in the international market: the proceeds of which are laundered in international financial institutions and banks particularly in tax free havens”.

Citing investigations by reputable organisations, it said that Nigeria has been quite below its current OPEC quota, which is less than one million barrels per day as a result of oil thefts by terrible cartels.

The academy observed that oil theft has continued despite involving different sections of the Nigerian security.

“Is it not a big shame that a private company, Tanita Security Services Limited, owned by High Chief Government Ekpemupolo (a.k.a Tompolo) had to be employed where Nigerian security failed, and Tompolo’s company discovered and unfolded hidden though an open secret, export pipelines being utilised by oil thieves to illegally bunker our vital resources?” the academy said.

It further said that this sophisticated 4-kilometre pipeline discovered by Tompolo and other pipelines around the oil producing areas in the Niger Delta and the creeks could not have been constructed and installed by the natives without being found out by the Nigerian security.

“Is it not nerve-racking that the Ministers of Petroleum Resources for many years have been the presidents of this country and under their watch, so much oil revenues have been stolen resulting in large amounts of our revenues going into dangerous cartels and private hands rather than government coffers? This is totally unacceptable,” the academy stated.

The academy reflected on how the late president termed the illegal oil proceeds “blood money” at the assembly of global leaders while calling for concerted international support and action against this criminal conspiracy and fraud against Nigeria.