Prestige Assurance Plc has assured that it will meet the remaining portion of the capital base set by industry regulator, National Insurance Commission (NAICOM), notwithstanding the difficulty in raising the amount, which second tranche deadline is set for 30th September 2021. The insurer held out this promise to shareholders during the 51st annual general meeting held on Thursday in Lagos. 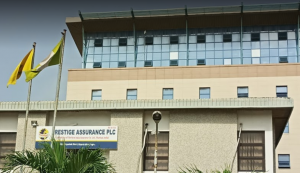 Responding to the position of the firm in terms of meeting the second tranche deadline, Adedoyin Salami, chairman, board of director, Prestige Assurance, said that the insurer is working towards shoring up the balance of N3.37 billion out of the entire N10 billion as an insurer operating general business.

“As of today, we have a shareholding position of N6.62 billion. We are not yet at N10 billion but you will recall the NAICOM guidelines governing recapitalization set two deadlines. By the second deadline, which will be in September this year, we will need to meet up the entire fund. We will continue to work towards raising additional fund,” he said.

Salami added that in the cause of seeking the complete fund, options that are regarded to be in the firm’s interest, including private placement, public offer, right issue, mergers and acquisition or a combination of any of the options, would be utilized.

“On the issue of mergers and acquisition around meeting recapitalization, Prestige Assurance will do what is in the best interest of the company. It will be unhealthy to say that we will rule out any particular option for meeting that deadline. But we assure you that we will ensure the safety, security and prosperity as a guiding principle as we seek to raise additional capital,” Salami reassured shareholders at the meeting.

While commenting on the long run visions of the insurer, he noted that the company is doing its best in terms of establishing micro offices and additional branches in other places so that they will have branches across Nigeria. He also disclosed that in terms of technology, the company is positioning itself to allow it consolidate against competition.

He revealed that Prestige Assurance is working with KPMG to come up with a strategic document that would put the insurer in a consolidated position five years from now.

“The company aims to be one of the top five insurance companies within the next five years. We know that it is beyond a stretch but it is a target that the board, working with the management, aims to deliver, so things around technology, online presence are part of the areas we will focus on.

“The future is going to be very stiff with competition, not just do we need personnel who are well trained, we will need technology, as a strategy. We hope that by the time we gather again in five years, some of the benefits of the new strategic plan will begin to manifest.”

Speaking on the pandemic and the strategy of the underwriting firm towards sustainability of the business amid the pandemic, Sarbeswar Sahoo, managing director, said the insurer made employees their priority during the phase of pandemic as it created enabling environment for workers to be able to work from home.

“Despite the pandemic, we settled claims on time, we never stopped our business, we ensured salaries were paid,” Sahoo said.