The private sector is run more efficiently than its contemporary public sector under any known economic circumstance of business engagement because, market-like situations constantly focus it on the major aim of doing business (or establishing going concerns), which solely centres on making profit while rendering services and providing the needed goods as demanded by clients and customers, at designated markets. Every contractual obligation is designed to be fulfilled, and such agreement is compelled to be met and completed, once parties sign on to fulfil the stipulated terms for a monetary value, as mutually considered.

Private entities cannot carry on sustainable operations if they ever keep defaulting in any form (unlike what is observed in most public sector business concerns) because, the two detrimental outcomes that must confront private investments that exhibit such poor performances, could either be a legal action taken against their corporate existence (litigation through claims for damages by clients or customers); or they create a damaging image for their future operations and corporate existence. These are the reasons why every business run by private investors appears to be more prudent in her financial management, more careful in her daily operational activities with virtually all known stakeholders than that of the public sector (which ultimately does not have any direct impact on its promoters that are never the investors). This is mostly observed in some developing countries, where dedicated patriotism is thrown to the winds with ignominy (done out of personal interest against the state; which is popularly known as official corruption), openly practised as a norm in such societies, which end up destroying such economies. 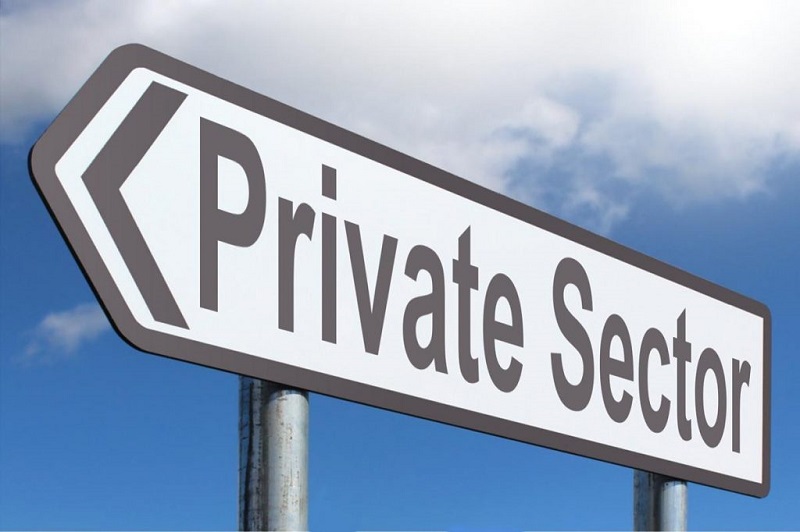 The Organised Private Sector (OPS), like the chambers of commerce, for instance, happens to be an umbrella body that assemble legitimately established business entities, while the body operates in a well structured corporate manner, and constantly speaks out by engaging the government (advocacy roles and responsibilities) on behalf of the individual businesses registered in their membership; whenever any government policy becomes unfavourable or appears to manifest adversely against any sector of its membership. By such functions (roles and responsibilities they always profess), businesses are reasonably protected to function without much hiccups in their operations, by such enabling environment created for ease of doing business, and duly offered as such, visibility benefited from the working relationship that exists, as well as an added influential impact they have on the government.

The business and commercial activities of all participants in the private sector always have a good cumulative productivity outcome, as team players with one focus. This cannot be mustered amongst the operators from the public sector who already have divergent targets to be met for their several and respective selfish interests running across the entire official operational levels. Such unwholesome conduct drags the speed of progress back and slowly kills businesses, leading to eventual economic failure. This process in the public sector established business entities and corporations are evident in most public business establishments that went moribund in Nigeria (both at state and federal levels).

With the uncountable number of such failed public establishments, the only solution left is to migrate from the unsuccessful attempts at running business projects under the public sector, by transferring such responsibilities to capable private hands that can inject new life and vigour in the full business-like mode of running profit oriented establishments. This, the investors do, by further investing their hard earned money into improving the operational style. Equity funds to infrastructural facilities and the revival of idle assets by private investors in all government owned business enterprises is therefore, the feasible strategy Nigeria needs to apply to survive the present raging storm of economic collapse, looking at the inflationary tendencies on goods and services, especially the food price index and other household commodities; in the full glare of tumbling local currency exchange rate, within the adjudged weak economy.

The future of the nation’s energy industry ought to be put in the hands of private investors, for energy generation and supplies to both the local and export markets. A net energy exporting economic status will have a paradigm shift and shoot up the forex inflow into the economy, with an expected impressive net surplus in the annual international trade balance sheet.