Patience Oniha, the director general of the Debt Management Office (DMO) has disclosed that the main objective of issuing a second sukuk is to sustain the rehabilitation and construction works on 28 key economic roads in the 6-geopolitical zones. 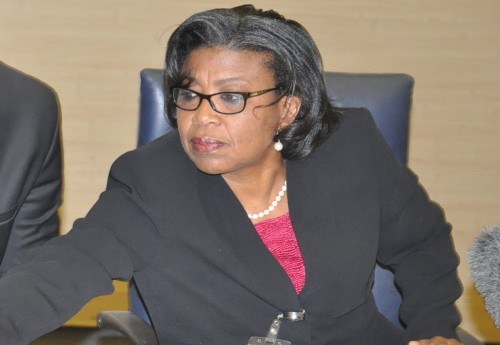 According to her, the first tranche of N100 billion issued in 2017 was 5.8 percent over-subscribed. It ensured the execution of road projects across all regions of the country, affirmed investors’ confidence and created jobs around the country.
She noted that despite the additional fund being raised, debt levels of the country remains moderate, and the increasing debt service is being managed by growth in revenue through the government’s efforts in engaging revenue mobilization initiatives aimed at encouraging tax payers to regularize their tax status.
The second tranche of N100 billion sovereign sukuk is a 7-year bond with the offer expected to close on December 17, 2018. It  is payable semi-annually for the 7 years and is at a rental rate of 15.74 percent to be due in 2025, Oniha explained.
Oniha who was speaking at the sovereign sukuk public offer-investor forum at the weekend in Lagos, further attributed the success of the first N100 billion sukuk bond launched in 2017 to the fact that the Nigerian financial market as well as its investors is getting more sophisticated and interested in new things, while calling for more participation on the part of the private sector.
“The success of the issuance of the first N100 billion sukuk bond shows that the current administration is currently working round the clock to revamp the economy. The government is still spending a lot of capital, though we are not yet in the best place, we are in a good place. We want to see much more enthusiasm from the private sector as well as retail participation which stood at 5 percent.” She said.
Also speaking on the issuance of the Sukuk II offer, Taiwo Okeowo, deputy managing director, FBNQuest Merchant Bank Limited said ‘We are happy to be participating in this initiative which will contribute to narrowing the country’s infrastructure deficit. With the issuance of the first Sukuk offer, we were able champion a robust investment drive – a demonstration of FBNQuest Merchant Bank’strong distribution capacity.”
Subscribers could purchase N1,000 per unit subject to a minimum subscription of N10,000 and in multiples of N1,000 thereafter with FBNQuest and Islamic wealth manager, Lotus Capital managing the sale.
The DMO said it qualified as securities in which trustees could invest under the Trustee Investment Act and as government securities within the meaning of Company Income Tax Act (CITA) and Personal Income Tax Act (PITA) for tax exemption for Pension Funds. It will also be listed on the Nigerian Stock Exchange (NSE) and on FMDQ Over-The-Counter (OTC) platform and be classified as liquid asset by the Central Bank of Nigeria (CBN).

SEC in talks with NNPC, NLG, foreign firms to list on NSE