In the last few years, the National Insurance Commission (NAICOM), the insurance industry regulator, along with insurers, stakeholders and industry experts have raised the tempo of the campaign canvassing the importance and necessity of insurance and the effort to make it a way of life across individual and corporate life. But while the focus has hinged on individual, group,  private, and  corporate adoption of the protection scheme, the call for public assets insurance at all levels has seen minimal patronage. 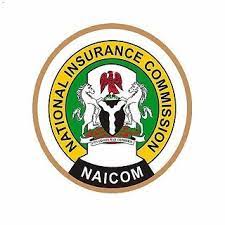 With properties worth billions destroyed last year, the hijacked peaceful #EndSARS protest and looting have taught everyone that while individuals are open to risks, government properties and workforce are not exempted from crises and unfortunate events.

In addition to the multiple lives lost to the crises, the  Lagos Chamber of Commerce and Industry estimated that N700 billion was lost in economic value by Nigeria as an  estimated 71 public warehouses and 248 private stores were looted in 13 states following the protest. This is in addition to the 205 critical national security assets, corporate facilities and private property that were attacked, burnt and vandalised.

Similarly,  Femi Gbajabiamila, speaker of the house of representatives, had said Lagos State will need about N1 trillion to reconstruct and repair the properties and infrastructure vandalized and destroyed by hoodlums after the assessment visitation of some properties destroyed during the protest.

Meanwhile, Yetunde Ilori, the director-general of the Nigeria Insurers Association, recently disclosed that insurance firms have paid over N5.4 billion in claims settlement arising from #EndSARS losses for businesses that were insured prior to the incident. Unfortunately, this excludes payment for any of the government properties razed down in the cause of the protest as the vehicles were not adequately insured.

Speaking in an interview, Governor Babajide Sanwo-Olu of Lagos State, asserted that the centre of excellence cannot file for insurance claims on the mass transit buses burnt during the #EndSARS protests in 2020, as there was no extension on the policy covering the buses.

At the Lagos State Civil Service Insurance Week held in the last week of August, the centre of excellence announced that it has protected its 73,000 work force under insurance coverage with payment of N2 billion to cover both life and non-life insurance premiums for the workers. Stating that the premium was up-to-date covering the current year 2021, Rabiu Olowo, the state’s commissioner for finance, encouraged the masses to insure their lives, properties and valuables.

He said, “We have seen government property assets destroyed and in some cases injuries to our staff and associates. We have enjoyed the real essence and value proposition of insurance, and the best we can do is to further our commitment to ensuring that our insurance activities are strengthened. That is why we are doing this sensitisation and advocacy and we can see that it pays to pay insurance premiums and we will continue to do so into the future.”

Reacting to this, experts have lauded the highest revenue generating state in terms of revenue, for championing the cause of insurance led by the state government on behalf of its workers, commenting that this would go a long way in positioning the industry for good.

“This simply means the insurance industry has been fully embraced by the government of Lagos State. However, that also means they have transferred their burden to the insurance sector,” Ekerete Ola Gam-Ikon said in a note to Business A.M., adding that the insurance industry players and regulators need to be ready to engage strategically and be in a position to honour policyholders’ obligations excitingly.

“Insurance is experience and the insuring public should be made to have positive stories,”  Gam-Ikon added.

While the entire staff strength of Lagos State may be covered under the life and non-life plan, worthy of note is the fact that the cover does not extend to government assets as insurance coverage differs by type and categories. In other words, the government cannot file for a claim of damaged property where it insures its workers but fails to insure its assets.

The NAICOM, during a sensitization workshop for insurance desk officers of Ministries, Departments, and Agencies (MDAs), on the insurance of Federal Government assets and liabilities in Abuja, revealed that most assets of the Federal Government are never adequately and appropriately insured

Imploring the MDAs to domesticate and help in the enforcement of compulsory insurances, Sunday Thomas, chief executive officer, NAICOM, said:  “It is very worrisome to the Commission that most assets and liabilities of government are never adequately and appropriately insured, which further accentuated the need for urgent measures to be put in place by the Commission to ensure that government gets value for money in the purchase of insurance by MDAs and that it is the desire of NAICOM to change this narrative for good.

According to him, the essence of insuring government assets and liabilities is to cushion the impact and reduce the burden that the government would have to bear in likely occurrences of catastrophic events such as natural disasters, fire, accidents, building collapse, injuries or death to third parties, etc, thereby saving the government money, which can be channelled towards augmenting the needs of the citizenry, providing infrastructure, and creating employment, among others.”

Like individual and corporate assets, government properties need to be adequately insured. Inferring from last year’s crises, a lot of government assets were damaged beyond repair while some were left porous, abandoned with no specific period for renovation until budgeted.

Similarly, important government projects have had to be delayed for several months and sometimes extended for years because of the need to include them in the budget. But with insurance, things can be a lot faster.

Highlighting the significance of insurance for public properties, Olowo said the cases of calling on the government at all times for compensation over some natural disasters or unfortunate incidents can become a thing of the past if there is necessary insurance cover for ourselves, businesses and property.

“By this, the resources at the disposal of the government can be channelled towards other developmental projects, instead of paying compensations that ordinarily could have been undertaken by insurance companies,” he said.

Ultimately, experts have called on other states to replicate the action of the Lagos State government to further improve insurance in Nigeria.

Gam-Ikon said more knowledge of the value of insurance has to be brought to the governments of other states by NAICOM and the leaders of each should be encouraged to domesticate the insurance laws like Lagos State has done.