AXA Mansard, the Nigerian insurer, has been saved some half year 2021 blushes by the work it did in the first quarter when it posted profit after taxation (PAT) of N4.5 billion. 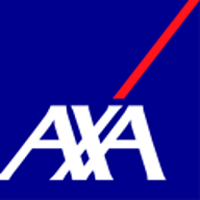 If it had not done so, the company’s half year result would have come home poorly as a poor second quarter performance would have meant a double whammy for the insurer. That N4.5 billion post tax profit helped to keep half year PAT positive at N2.3 billion, after a negative second quarter.
Financial report available on the Nigerian Exchange Group and accessed by Business A.M. shows that the insurer in the second quarter saw improvement in its gross premium income at N13 billion compared to the N11 billion recorded in the same period last year.
But due to the spike in the outflow of cash, the insurer saw a dip in its profit at negative N342 million in the second quarter of 2021 compared to the positive N1.6 billion during the same period last year even in the face of the pandemic.
A further analysis of the numbers shows that this may not be unconnected with the increasing claim payout and expenses during the period. For instance, in the second quarter, the reinsurance expenses and claim expenses saw an uptrend from the N3.6 billion and N4.3 billion in the second quarter of 2020 to N4.03 billion and N5.9 billion, respectively, in the same period this year.
Similarly, the underwriting expenses rose from N954 million to N1.01 billion  year on year causing the net underwriting expenses to print N6.9 billion in the second quarter of 2021. However, the investment income fell drastically reaching N942 million compared to the N1.5 billion in the same period in 2020, while losses on financial instruments also increased, further affecting the total investment income and the PAT to stand at negative.
Meanwhile, on a broader perspective, the first half of the year 2021 saw the insurer deliver a massive gross premium income of N25.9 billion from the N22.7 billion in the same period last year, which reflected on its profit at N2.3 billion.
Notably, AXA Mansard has in recent times been associated with developmental trends in the insurance industry, especially in the area of digitization. The insurer was recently awarded the best health insurance company in Nigeria at the2021 International Finance Awards.
Commenting on the award, chief customer and marketing officer, AXA Mansard,  Jumoke Odunlam said:  “We are indeed elated that our continuous strive for excellence is once again being recognised globally as it has always been here in Nigeria. At AXA, we act for human progress by protecting what matters. At AXA Mansard Health, we have never been more convinced about this purpose (which we consider a higher calling) than during a period like this with the pandemic ravaging the world. Our Customers and Nations health and wellbeing will therefore always remain a major priority for us.”
Businessamlive Website Stats